History of the dynasty

Home / The Royal Family of Serbia / History of the dynasty 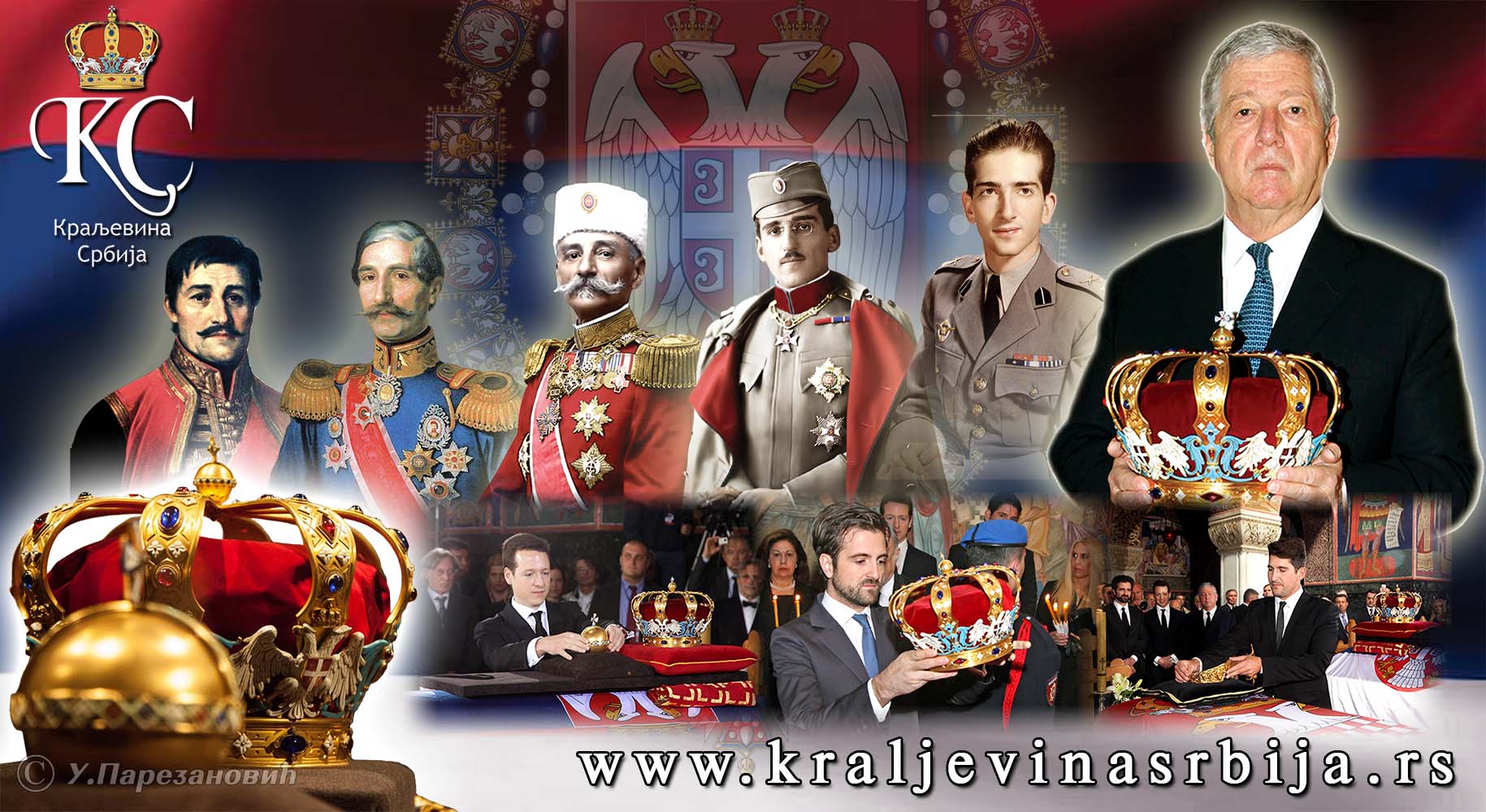 HISTORY OF THE DYNASTY

The Karadjordjevic dynasty is over two centuries old. In 1804, a wealthy Serbian clan chief and leader George Petrovic – known to his followers as “Karadjordje” “Black George”, after his dark looks) – led the Serbs in an uprising against the Ottoman Empire which controlled the Balkans at that time. This first revolt against the Ottoman occupation in the Balkans is known in Serbian history as “The First Serbian Uprising” (Prvi Srpski Ustanak).

The Serbian uprising was successful for a while. Karadjordje established a government in Belgrade and in 1811 was confirmed the lawful ruler of Serbia and the right of succession was then vested in the family.

In 1813, the Turkish forces recaptured Belgrade and Karadjordje went to Austria. His son Prince Alexander returned to rule Serbia in 1842 but was deposed in 1858.

In 1903, the Parliament of the Kingdom of Serbia requested that Prince Peter Karadjordjevic, grandson of Black George ascend the throne as King Peter I of Serbia. The new King brought democracy and leadership to Serbia. It was King Peter I who had John Stuart Mills’ essay “On Liberty” translated into Serbian.

While the Balkan Wars in 1912 and 1913 resulted in the expansion of Serbia, the annexation of Bosnia-Herzegovina, formerly under Ottoman rule, by Austria enraged both neighbouring Serbia and the people of Croatia. Nationalist aspirations among the Southern Slavs in the Austro-Hungarian Empire for independence finally led to the assassination of Austrian Archduke Franz Ferdinand in Sarajevo in 1914 and within days the First World War had begun.

In 1918, before the end of the First World War, representatives of three southern Slavic peoples proclaimed by mutual consent the “Kingdom of the Serbs, Croats and Slovenes” and the monarch was King Peter I. King Peter I, however, had been ailing since 1914 at which time his son HRH Crown Prince Alexander assumed the duties of Regent.

King Peter I died in 1921 and he was succeeded by his son King Alexander I. The young King Alexander I had earned national and international fame as a soldier and commander in the Balkan Wars and the First World War. In 1922, King Alexander married HRH Princess Maria of Romania. King Alexander and Queen Maria had three sons: Their Royal Highnesses Crown Prince Peter, Prince Tomislav and Prince Andrej.

The Kingdom of the Serbs, Croats and Slovenes faced many threats. Neighbouring states coveted much of the country’s territories and internal rivalries between the Serbs and Croats increased tension even further. By 1929, it was clear the King had no option but to impose reluctantly a Royal dictatorship.

King Alexander I promised to restore democracy to the newly renamed Kingdom of Yugoslavia once unity had been achieved and bureaucratic corruption expunged. In 1934, he was assassinated while on a state visit to France in Marseilles by a Macedonian terrorist working with Croatian extremists, with Hungarian and Italian support. The French Foreign Minister Monsieur Louis Barthou was also killed in the attack.

King Alexander’s son, Crown Prince Peter, was only 11 years old at the time of the death of his father when he became King Peter II. Since the King was under age, three Regents were appointed and one was King Peter’s great uncle HRH Prince Paul Karadjordjevic.

The Second World War – The Illegal Communist Abolition of the Monarchy

By March 1941, all but one of Yugoslavia’s neighbours was under Nazi domination or influence. Despite Prince Paul’s pro-British sentiments, to avoid bloodshed and military defeat he felt obliged to sign the unpopular pact with Germany and Italy to insure Yugoslavia’s neutrality. Shortly afterwards on 27 March 1941 the Regency was deposed in a military-led coup and King Peter II was declared of age.

Within a week, Germany along with its allies Bulgaria, Hungary and Italy invaded Yugoslavia and forced the government to surrender. The Royal Yugoslav Government made its way via Athens, Jerusalem and Cairo to London where King Peter II joined other monarchs and leaders of governments in exile from Nazi Germany occupied Europe.

The Axis occupied Yugoslavia, which was then dismembered and divided to satisfy Italian, Bulgarian, Hungarian and German demands. A puppet Croatian fascist state was proclaimed. Germany occupied Serbia, while Italy occupied Dalmatia and Montenegro.

Despite the collapse of the Royal Yugoslav Army two rival resistance entities formed to confront the occupying forces. The first internationally recognised resistance began in 1941 with the Chetniks led by the Royal Yugoslav Army Colonel Dragoljub Mihailovic, later promoted to General Mihailovic, and then appointed Minister of Defence in the government of the Kingdom of Yugoslavia. The other resistance body was that of the communist Partisans led by the communist party leader Josip Broz – later known to the world as Tito. During the occupation of the various parts of Yugoslavia by the Axis, a bitter civil war ensued between the two rival resistance entities.

The Allies, having initially supported the loyalist Chetniks led by General Mihailovic, later threw their support behind Tito. At the end of the war, the Partisans entered Belgrade in 1944 in the wake of Soviet tank brigades and established a totalitarian communist Government. Tito’s communist government executed General Mihailovic and other loyalist officers in 1946 after an internationally condemned rump trial.

In November 1945 the monarchy was illegally abolished without a referendum and Yugoslavia remained a totalitarian single party state under the League of Communists for more than four decades. Their Majesties King Peter II, Queen Alexandra and their son Crown Prince Alexander (born 17 July 1945) were stripped of their citizenship and rights by the communist regime in 1947 and banned from returning to Yugoslavia. HM King Peter II never abdicated and remained in exile for the rest of his life.