22 years since the “Oluja” crime 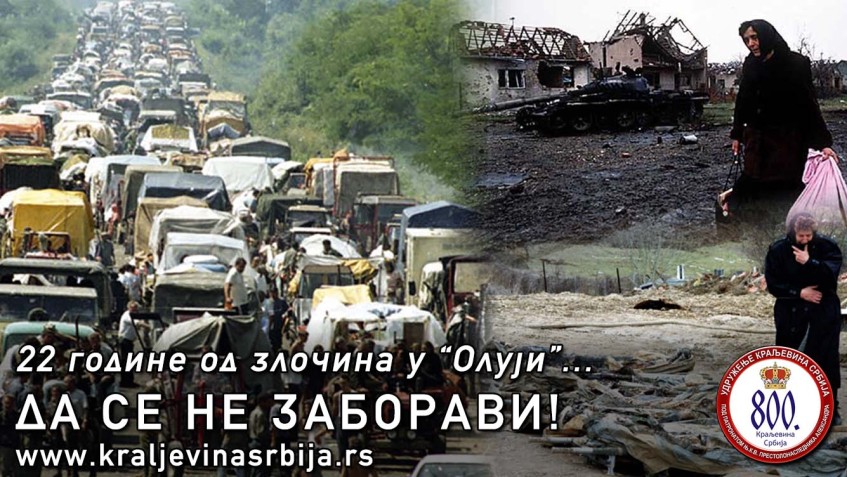 On this day, August 4th, 2017, we mark the 22nd anniversary since the beginning of the criminal operation “Oluja” (“Storm”).

Croatian army performed ethnic cleansing of the former Republic of Serbian Krajina, expelling and forcing over 250,000 Serbs from their homes, and killing over 2,000 Serbs (800 soldiers and 1,200 civilians). The war crime Tribunal in Hague defined this operation as a “joint criminal enterprise”, as it was written in the first instance verdict of this Tribunal to the Croatian Generals Gotovina and Markac. (In the second instance trial, the verdict was shamefully abolished, and the two generals were declared not guilty).

Those who commanded and created this war crime are free men today. From expelled and exiled Serbs, the vast majority is still far away from the ruins of their abducted homes.

“The Storm” is a crime that still has not ended.