Celebration of the Statehood Day of Serbia, Orasac and Oplenac

Home / News / Celebration of the Statehood Day of Serbia, Orasac and Oplenac 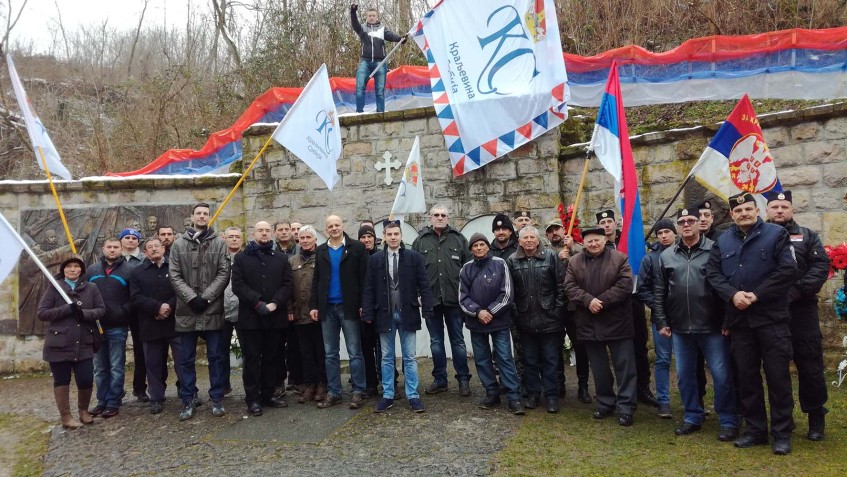 Members of the Kingdom of Serbia Association participated in the celebration of the Statehood Day of Serbia on Sretenje, February 15, 2018.

Members of the committees from all over the country attended the Holy Orthodox Liturgy in Orasac officiated by His Holiness Patriarch Irinej of Serbia and His Grace Bishop Jovan of Sumadija. With the envoy of HRH Crown Prince Alexander, Mr. Vladan Živulović, member of the Crown Council, was also President of the Association, Mr. Mario Majstorović. On behalf of the Royal Family, Mr. Živulović laid a wreath at the monument of Karadjordje.

In the church of St. George at Oplenac, the wreath on the tomb of the founder of the modern Serbian state was laid by HRH Prince Mihailo and the envoy of HRH Crown Prince Alexander, chairman of the Crown Council, Mr. Dragomir Acovic, accompanied by members of the Executive Board of the Association: Uroš Parezanović, President, Miloš B. Pavkovic, General Secretary and Milos P. Pavkovic, president of the King’s Youth and members of the Municipal Committee in Topola. In front of the Serbian Government the wreath was laid by the Minister of Labor, Employment, Veterans’ Affairs and Social Affairs, Mr. Zoran Djordjevic, and on behalf of the Kingdom of Serbia Association’s Municipal Committee in Topola by the President of the committee, Mr. Jovica Zikic.

The wreaths were laid at the foot of the monument in Orasac to Karadjordje, the Crown Prince’s ancestor and the leader of the First Serbian Uprising, by HE Mr. Aleksandar Vucic, President of Serbia, HE Mr. Milorad Dodik, President of the Republic of Srpska, HE Mrs. Ana Brnabic, Prime Minister of Serbia, accompanied by HE Mrs. Maja Gojkovic, speaker of the National Parliament, HE Mrs. Zorana Mihajlovic, Deputy Prime Minister and Minister of Construction, Transport and Infrastructure HE Mr. Aleksandar Vulin, Minister of defense, HE Mr. Zoran Djordjevic, Minister of Labour, Employment, Veteran and Social Affairs, HE Mr. Aleksandar Antic, Minister of Mining and Energy, HE Mr. Branko Ruzic, Minister of Public Administration and Local Self-Government, HE Mr. Vanja Udovicic, Minister of Youth and Sport, HE Mr. Nenad Popovic, Minister without portfolio responsible for innovation and technological development, General Ljubisa Dikovic, Chief of Serbian Armed Forces General Staff, Mr. Bojan Radovic, president of Arandjelovac Municipality and Mr. Dejan Tomasevic, Secretary General of the Basketball Federation of Serbia. 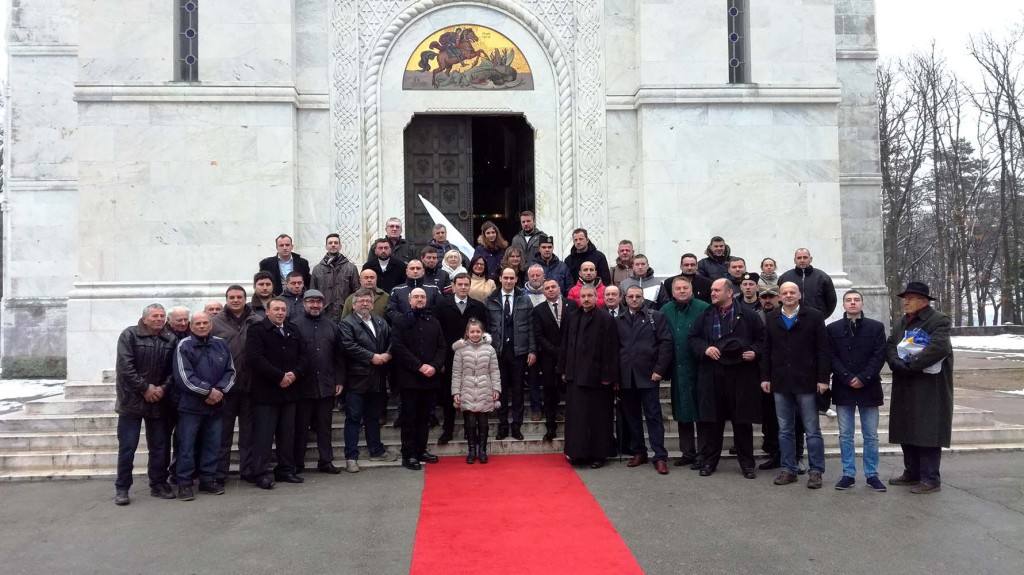 On the occasion of the Statehood Day, HRH Crown Prince Alexander sent his congratulations to the citizens of Serbia:

“On the occasion of the Statehood Day, I extend my warmest congratulations and best wishes to the citizens of Serbia. The Meeting of the Lord is the day when we remember our history and prepare and celebrate the future of Serbia. On this day, 214 years ago, the building of modern Serbia began with the First Serbian Uprising led by my great-great-great-grandfather Karadjordje, and 183 years ago the first Serbian Constitution was adopted.

Today, Serbia is a country in which democratic principles are being constantly promoted, which recognizes the importance of human rights and respecting all differences, be they religious or ethnic. Let us persevere on that path and continue to build a state of law in which the citizens live in safety and with dignity, a country that remembers and respects its history, being always focused on the future and preserving Serbia for our children.

Remembering the Meeting of the Lord of 1804 and wishing all of us to always celebrate this day as unified citizens of Serbia and the whole world, I congratulate you our great feast. Long live Serbia!”, said Crown Prince Alexander in his message.