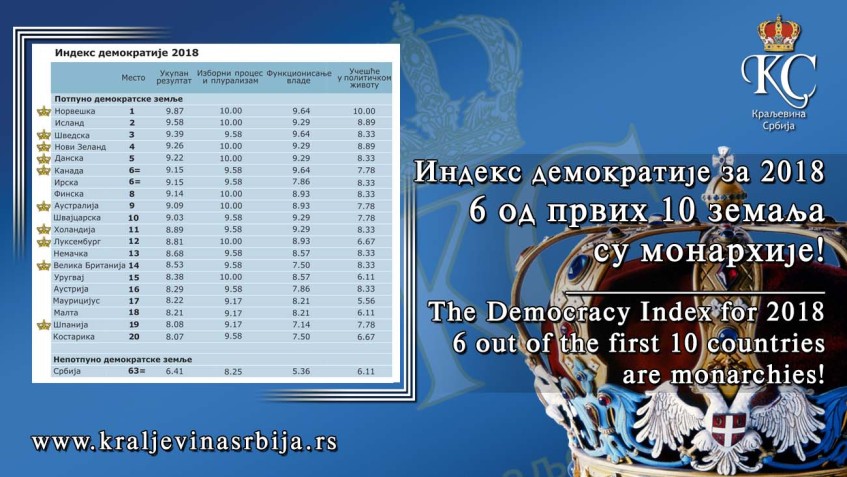 According to the World Index of Democracy for 2018, 6 of the first 10 countries are constitutional parliamentary monarchies by state regulation!

Also, when looking at the top 20 places, half are monarchies!

This is the best example that the monarchy is NOT a backward, outdated system, as opponents of the royalist state order claim.

Every year, the Intelligence Department of the British magazine The Economist draws up the Index of Democracy, which ranks the states according to five criteria:

– the functioning of the government,

You can view the entire report on LINK