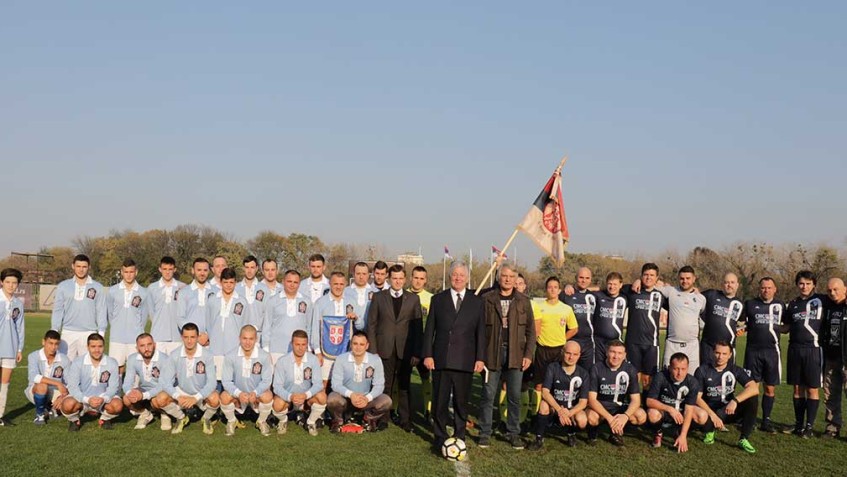 The game was played for the Children’s Shelter in Belgrade, whose representatives were at the match, and one of their protégés, a young D.M. played for the team of the Kingdom of Serbia.

In front of about 500 spectators, the initial kick of the game was carried out by the grandson of the supreme commander of the victorious army of the Kingdom of Serbia in the Great War, HM King Alexander I, and the Patron of our Association, HRH Crown Prince Alexander.

The original anthem “God of Justice” was performed by the opera artist, Miss Marijana Šovran, at the beginning of the game. 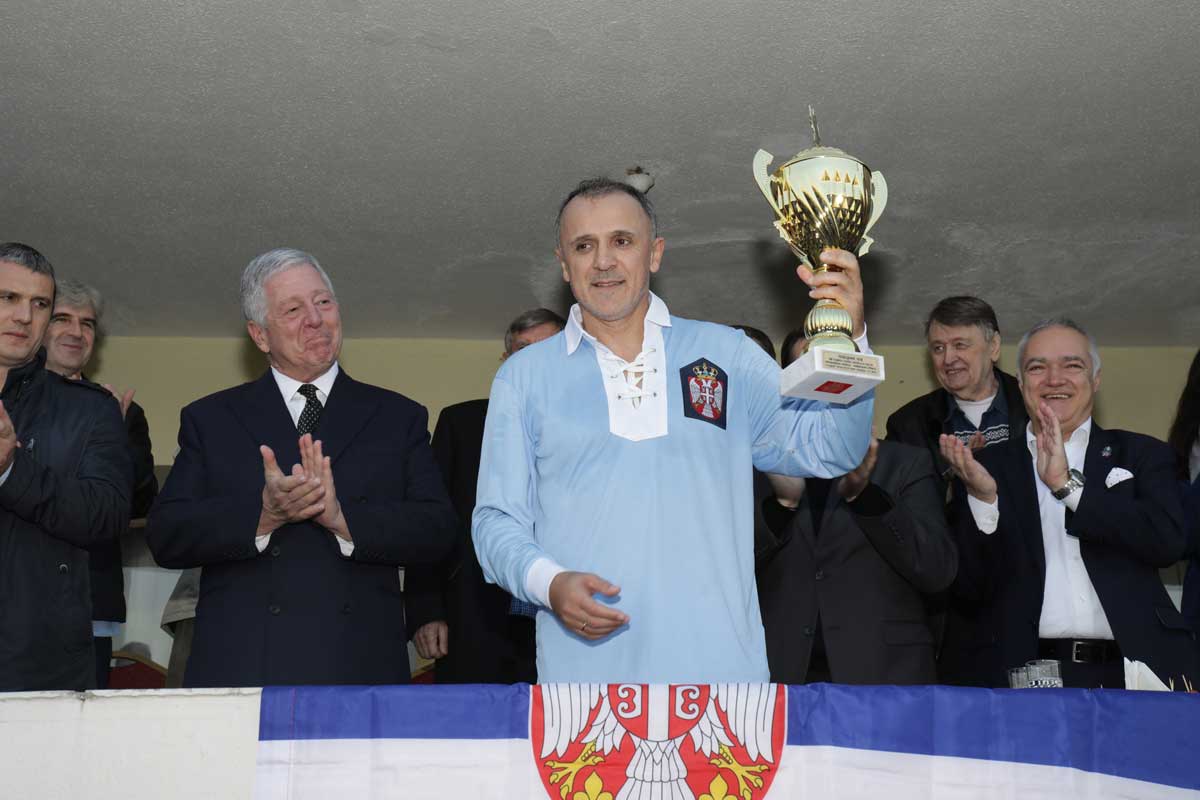 In the halftime and at the end of the match, Ivana Žigon and the Kosovo Bozuri performed several traditional songs.

Many famous people responded to our call and took part in this game.

The result was secundary in this game, and the team of the Kingdom of Serbia took the victory. One goal for our team was achieved by the only lady in this game, Miss Jovana Jovanovic, a member of the FK Napredak from Krusevac. The trophy for the captain Drulovic was presented by HRH Crown Prince Alexander. On the cup trophy is engraved: “Winner 1918 – 100th anniversary of fame, pride of honor, Kingdom of Serbia – journalists of Serbia”, stadium “King Peter I”, Banjica, November 11, 2018. “

The players of our team played in replicas of jerseys worn by national team members in the era of the Kingdom, provided by Mr. Jovan Otasevic. 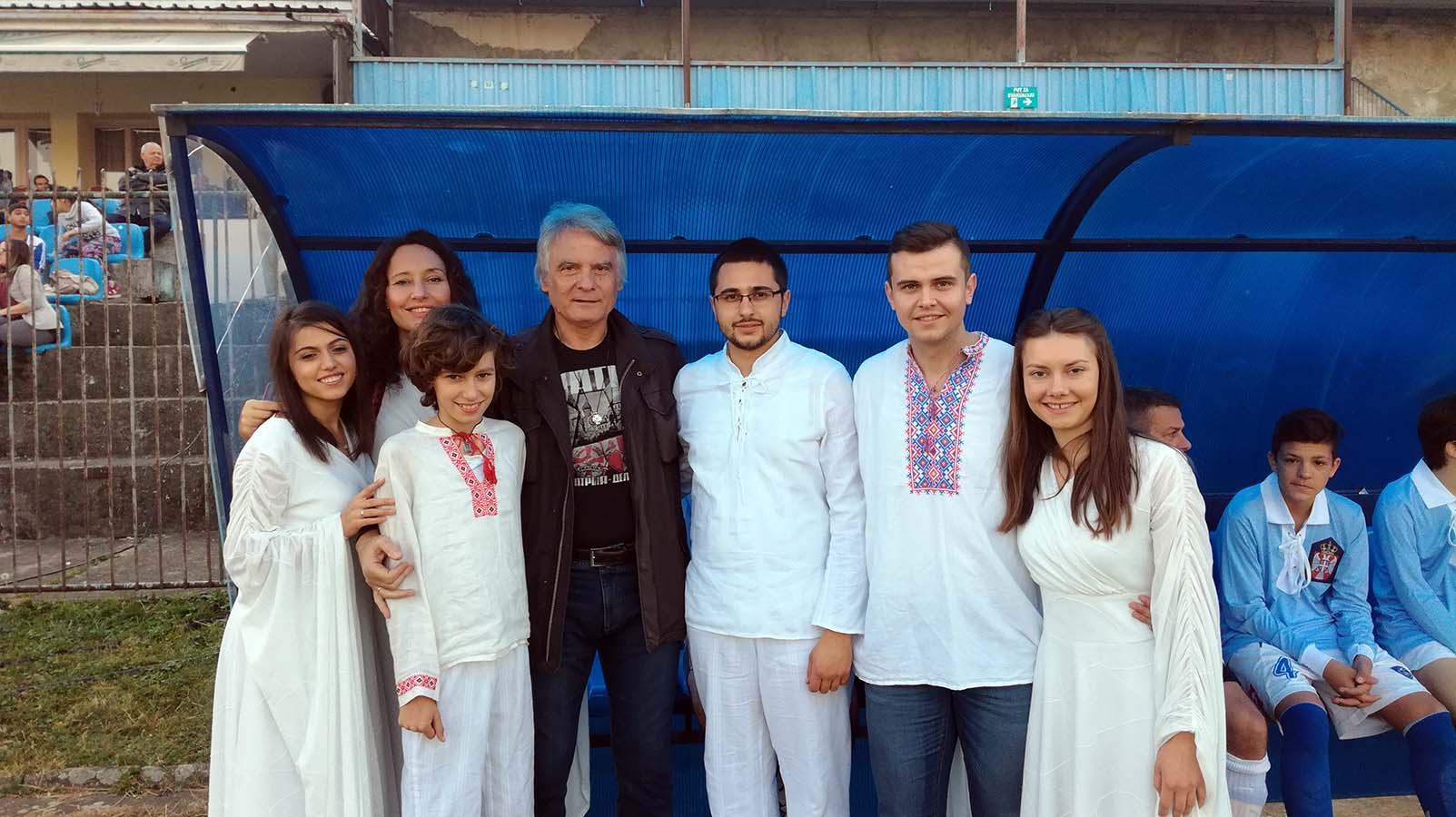 We once again thank everyone who helped us in the realization of this magnificent event!