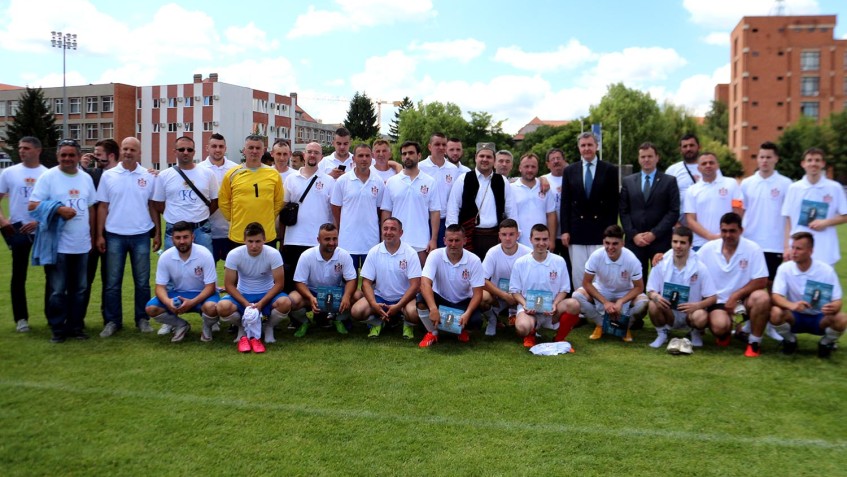 ANRM (National Alliance for the Restoration of Monarchy in Romania) and Kingdom of Serbia Association played a friendly football match in Timisoara on June 11th, 2017 on the occasion of the 95th anniversary of the wedding of HM King Alexander I and HM Queen Maria and the first international football match that the national team of the Kingdom of Romania played then against Kingdom of Serbs, Croats and Slovenians in Belgrade on June 8th, 1922.

Kingdom of Romania won the match with result 5:3, and we congratulate them on the deserved victory!

The game was played under the patronage of the Royal families of Romania and Serbia, Romanian Football Association and Polytechnic University in Timisoara, and in the presence of HRH Prince Radu of Romania.

150 members of the Kingdom of Serbia Association attended the match, as well as ANRM members, representatives of the Union of Serbs from Timisoara and citizens of Timisoara.

The first 10 minutes were played in jerseys with the names of players who were members of the national teams in 1922 and which will in their honor be worn by players – members of the Association. 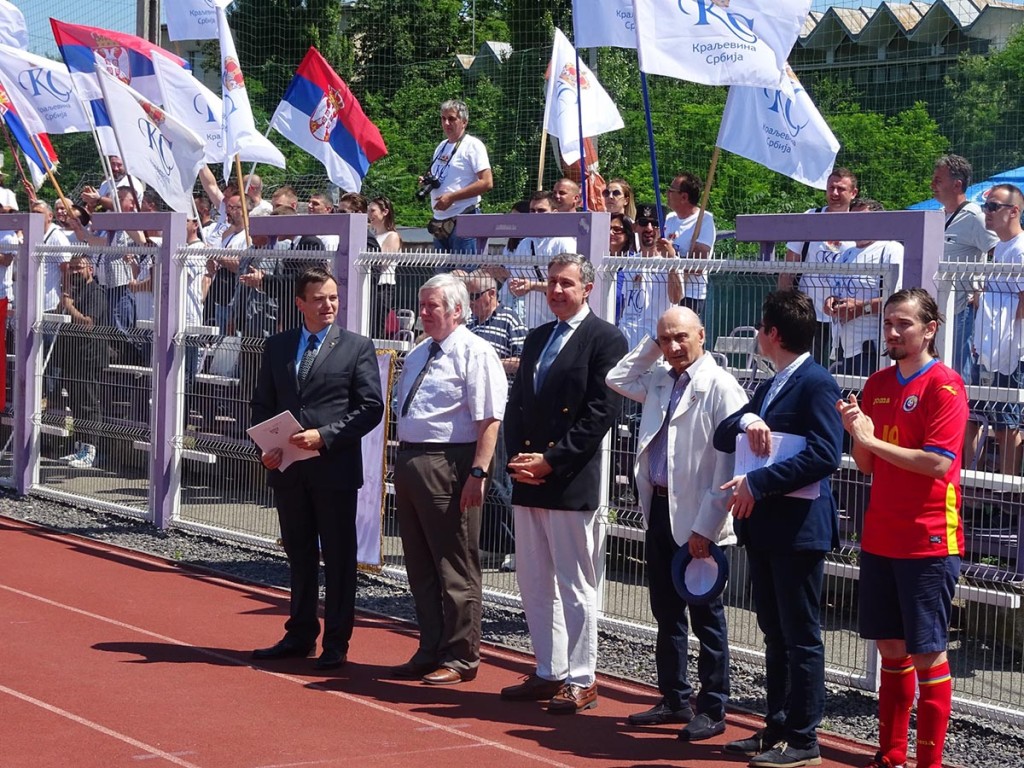 Players after that continued in the jerseys of the Kingdom of Serbia and Romania, specially made for the occasion.

Trophy to the winner of the Royal Cup of friendship and medals were awarded by HRH Prince Radu of Romania. Mr. Mario Majstorovic, President of the Association, received the medal for HRH Crown Prince Alexander was

After that, passengers spent a pleasant afternoon in this great friendly town. 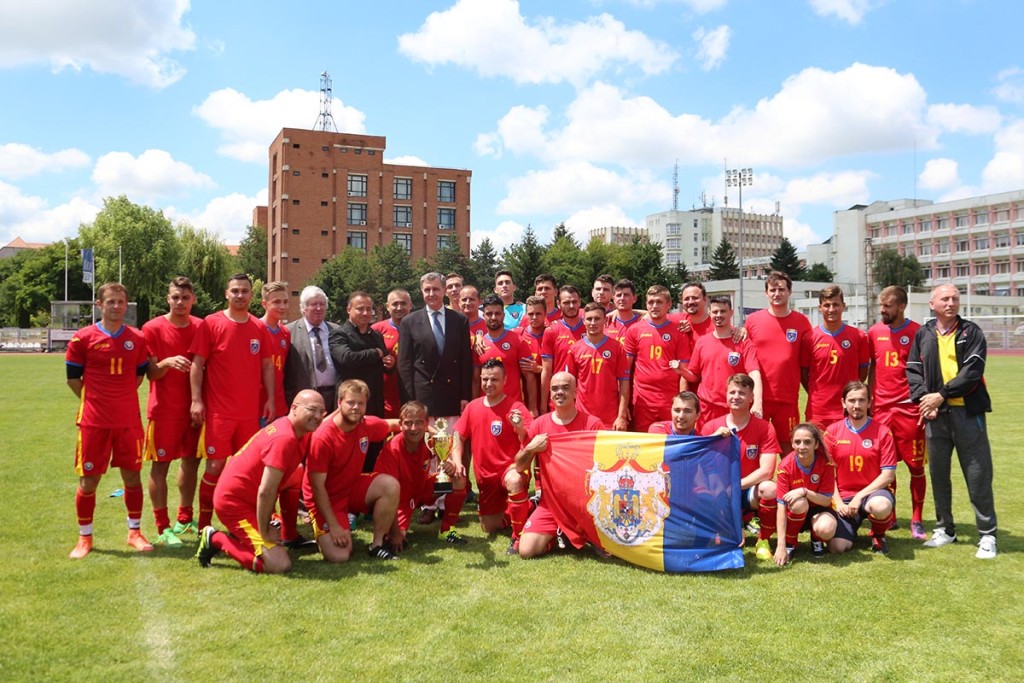