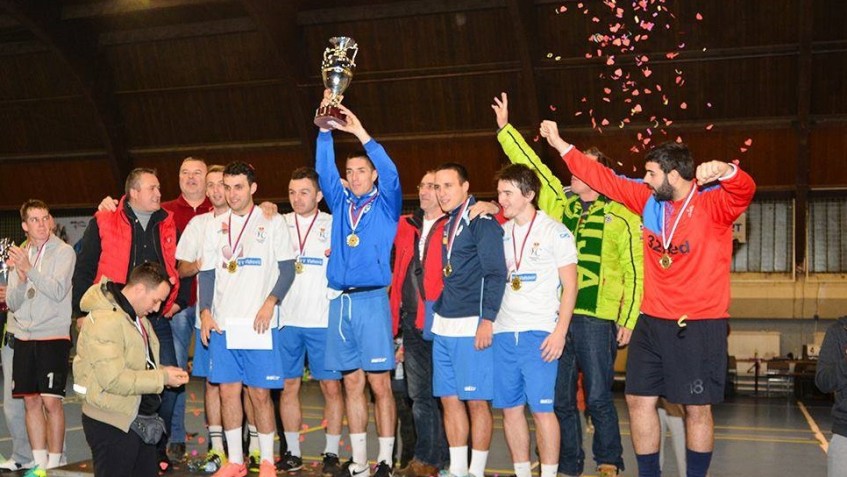 The finals of the traditional “Bela Balog” Football Tournament in Ada was held on January 8th, 2017, and the winner of this tournament is the team of the Kingdom of Serbia Association’s City Committee Subotica!

For the first-place trophy competed team “Cvitko Trans” from Ada and team “Kingdom of Serbia V.V. Vlahovic “, and our team won the match with score 3:1. The scorers for our team were Boris Popovic and Milos Grubor (2 goals).

Congratulations to our players for the great game and a great victory! We also send our gratitude to the fans for their support!