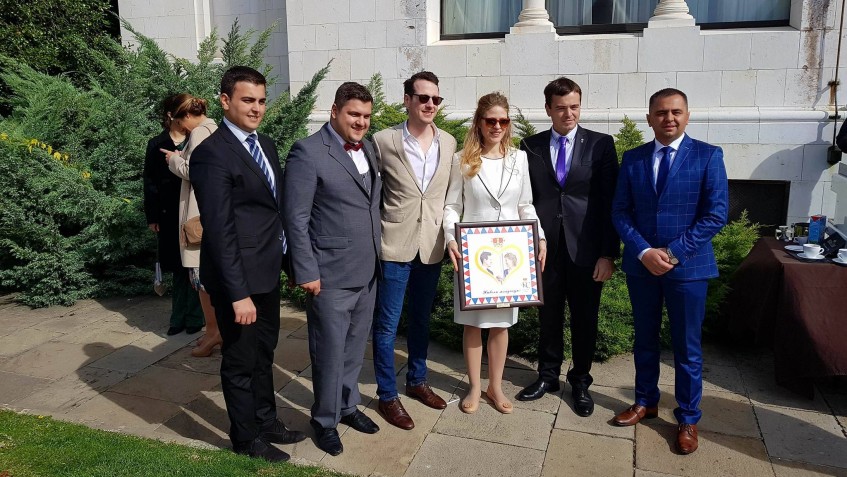 His Royal Highness Prince Philip and Miss Danica Marinkovic were married at Saborna Church in Belgrade on October 7th, 2017. President of the Kingdom of Serbia Association, Mr. Mario Majstorović, was a guest at the wedding, and members of the Association from all over Serbia and Republika Srpska helped the Royal Palace’s office to organize and realize this joyful and extremely important event.

The wedding was officiated by His Holiness Serbian Patriarch Irinej of Serbia. The Godmother was HRH Crown Princess Victoria of Sweden and Godfather was His Royal Highness Prince Peter.

The dress of the bride was created by the world known fashion designer Roksanda Ilincic. 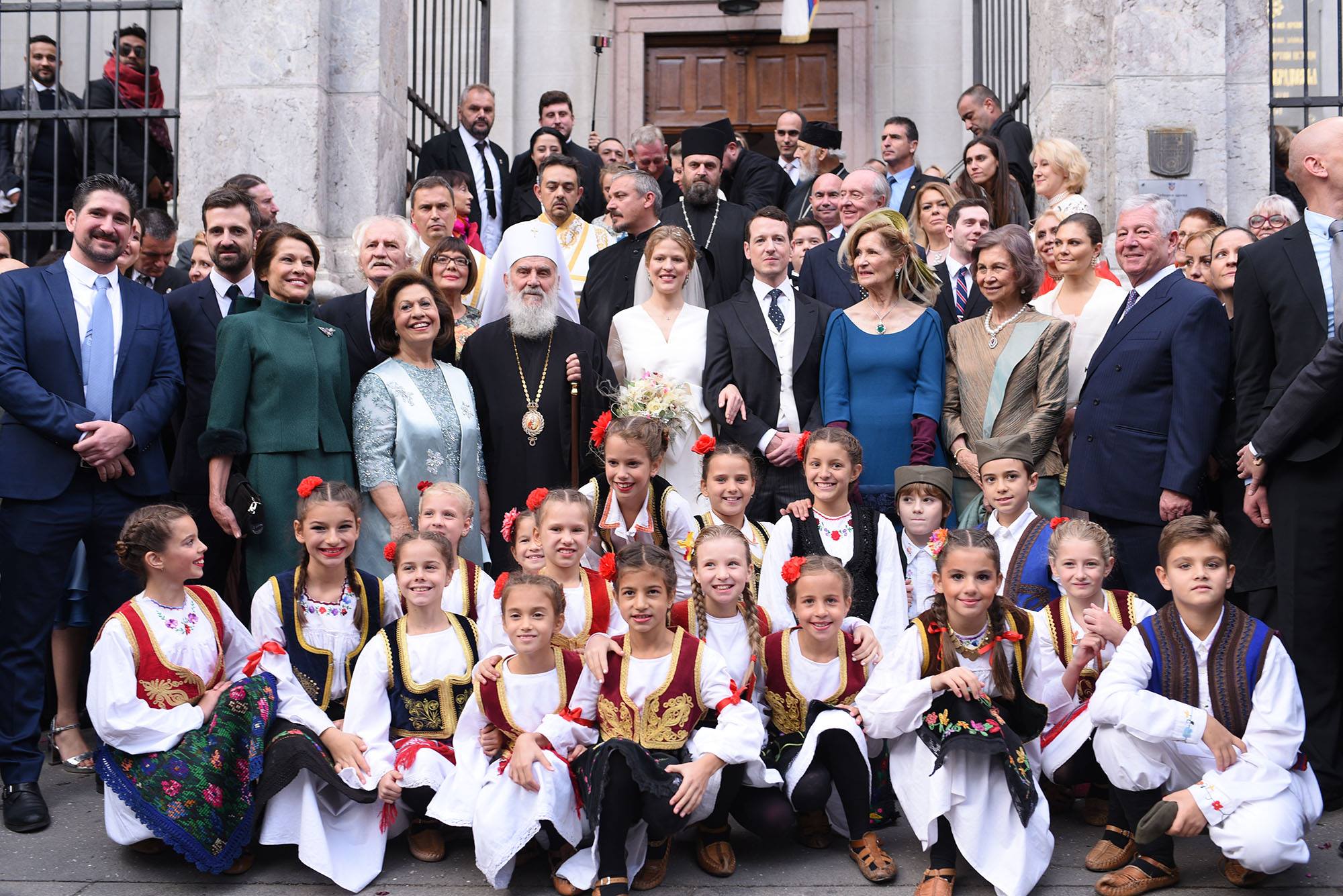 “This is one of the most beautiful days in my life and I am overjoyed to share it with you! We are here to celebrate the beginning of Philip’s and Danica’s life together, for which we wish them to be filled by happiness and love. It is my duty and privilege to welcome Her Royal Highness Princess Danica to our home. I welcome her parents, too, wishing that good luck, health, harmony and family blessings will follow the new couple and through them our homes. Dear Danica, dear Philip, please know that you can always rely on our support”, said on this occasion HRH Crown Prince Alexander.

“Danica and I thank you all for being with us on the most beautiful day of our lives so far. We are so happy to share the joy of this moment with you. We thank our parents for organizing this magnificent celebration for us here at the White palace. And above all, thank you Dana for all your love and making for making me the happiest man in the world”, said Prince Philip in his address. 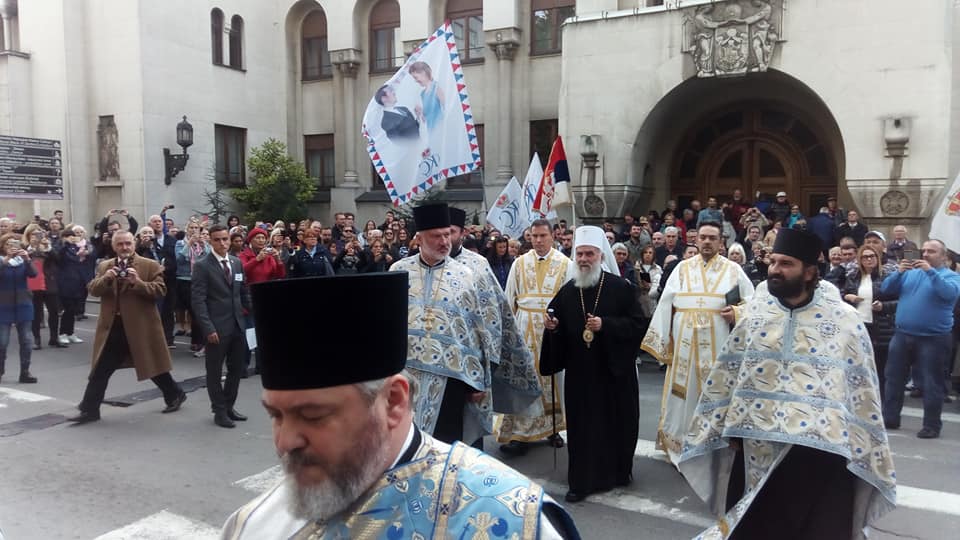 HRH Princess Danica was born in Belgrade in 1986 and has lived in Paris since 1992. Princess Danica is the daughter of Mr. Milan Marinkovic-Cile, a famous Serbian painter and Mrs. Beba Marinkovic. She finished most of her studies in Paris, where she graduated in graphic design at the Academy of Applied Arts and Slavic Studies at the University of Paris-Sorbonne. In London, the Princess completed her Master of Graphic Design at the Chelsea College of Art and Design – University of the Arts in London. 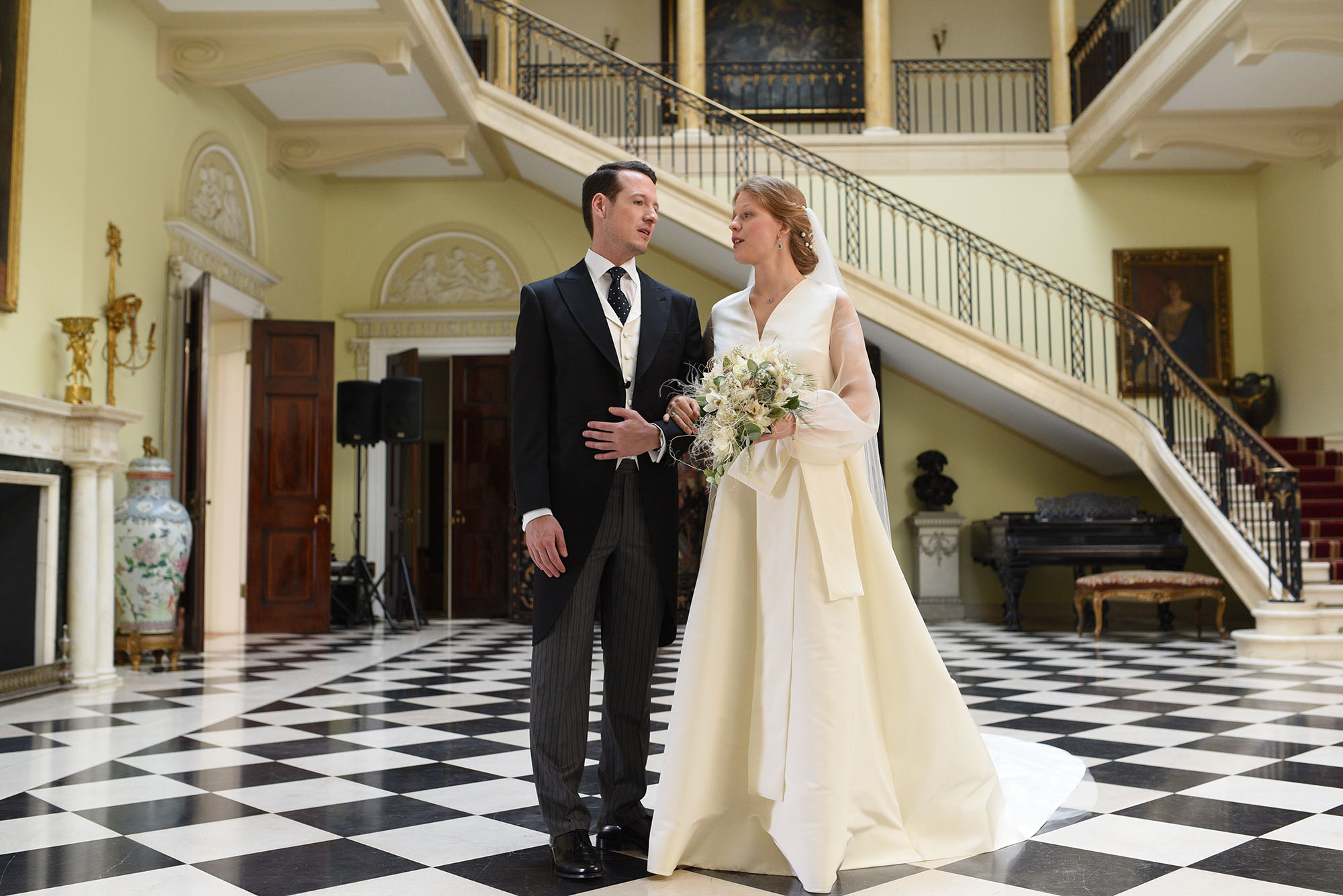