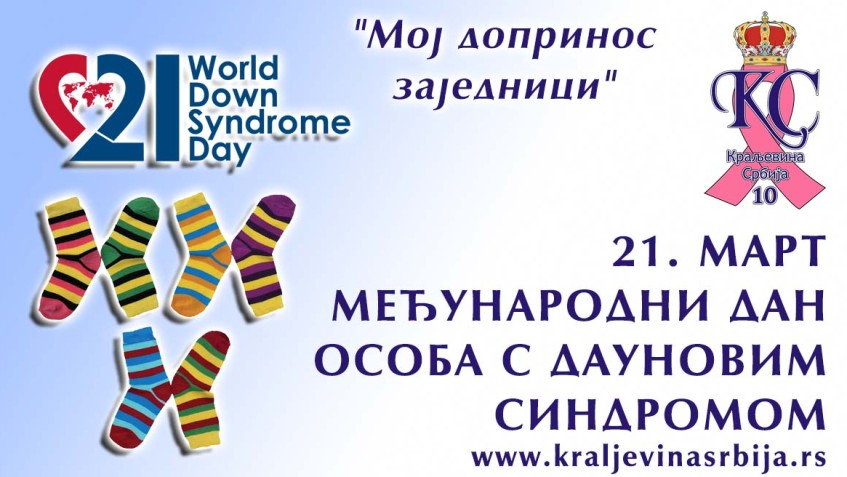 March 20th is the World Down Syndrome Day. Kingdom of Serbia Association includes in the marking of this day, wishing that more people get informed about Down syndrome, to break down prejudices and discrimination that goes to the people who have it.

The World Down Syndrome Day was established in 2006 on March 21, it was symbolically chosen for that day, becausse of the presence of 3 instead of 2 chromosomes on the 21st chromosome pair is in the base of this syndrome.

Down syndrome is a genetic disorder named after Dr. John Langdon Down, who discovered it as a special condition in 1866.

Down syndrome (DS or DNS) is the consequence of having one chromosome more in the child’s cells. Instead of 2 chromosomes that make up 21, these children have 3 chromosomes in their cells (2 of which are on the 21st pair, and one is “excess”), so Daun’s syndrome is also called Trizomy 21.