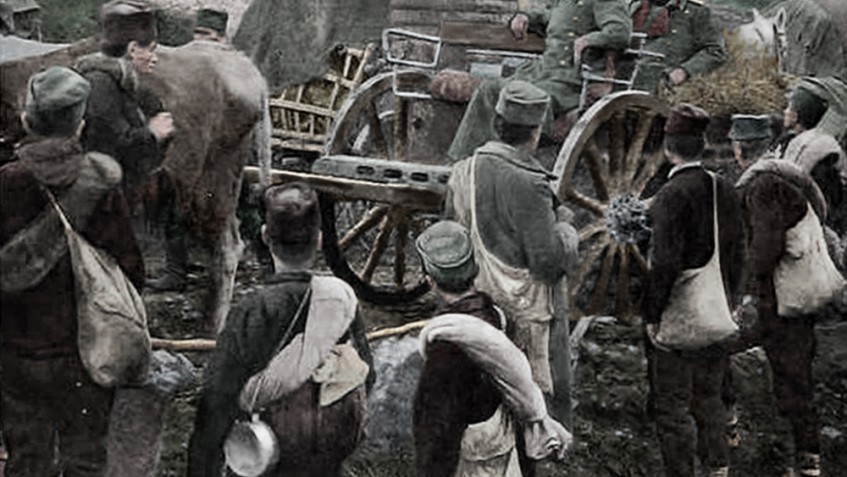 On this day 100 years ago, 24th November 1915, the Supreme Command of the Kingdom of Serbia’s Army made the decision to withdraw its remaining troops through Montenegro and Albania to the Adriatic Sea.

The first part of the troops started their withdrawal on November 26th 1915. They started from Prizren and went to Skadar and Ljes. Together with the troops went King, the Government as well as diplomatic corps.

Mr. Dusan Popovic, member of the Kingdom of Serbia Association’s Executive board retouched and colored this picture of HM King Peter I with the troops, which was photographed during the Albanian Golgotha of Serbian army and people.