20 years since the NATO aggression 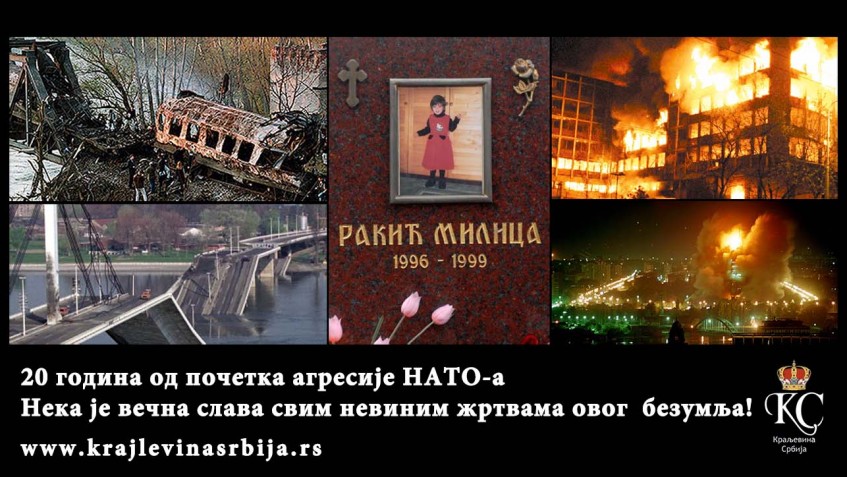 On this day 20 years ago, March 24th 1999, NATO bombing of the Federative Republic of Yugoslavia started .

On the occasion of this sad anniversary, HRH Crown Prince Alexander addressed the public with the statement:

“Twenty years later Serbia is still trying hard to recover from the appalling bombing on the people, our country and destroyed infrastructure. With great sadness we remember the terrible aggression and suffering imposed upon all our citizens, our country, and those that were tragically killed and their families. This was an unprecedented event of total aggression in Europe since World War Two that was not authorized by the United Nations. Once again, regrettably, it is confirmed that violence only produces more violence and pain.

Many years have passed, victims will always be remembered. Such aggression must never happen again. Lives that were lost, as well as the many injured must never be forgotten. Let them remain in our hearts forever.”