Book donations for the elementary schools in Ćićevac and Stalać 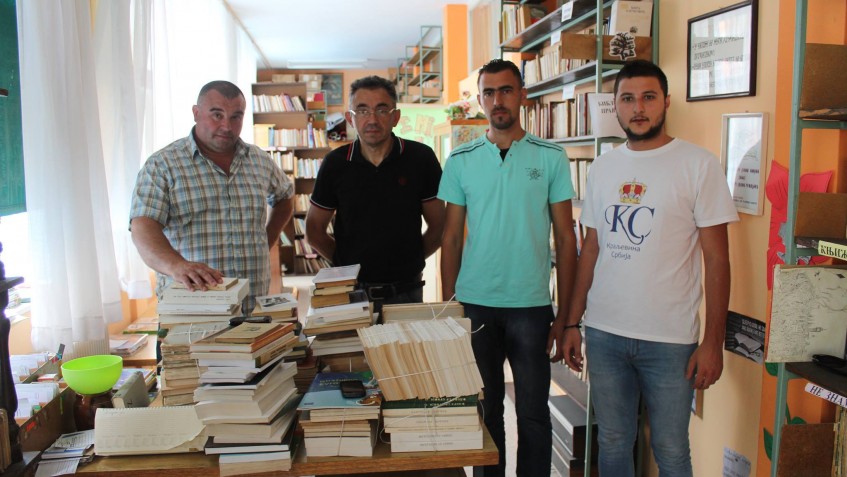 The books were presented by Kingdom of Serbia Association’s trustee for Ćićevac, Mr. Dragan Čapkunović, representative of the King’s Youth, Mr. Strahinja Čapkunović and member of the trustee Mr. Slavoljub Ljubisavljević.

The donation is part of the Serbian Academy of Arts and Sciences activity called “Million books for Serbia”, which is realized by the Museum of books and “Adigat” association from Belgrade. The donation consists of variety of monographs and publications. Monographs are with the topics from history, other social sciences, the Serbian language and literary theory.

Trustee in Ćićevac sends its gratitude to Messrs. Branko and Viktor Lazić, Stojan Predović and Darko Vukićević for their help in the realization of this donation.