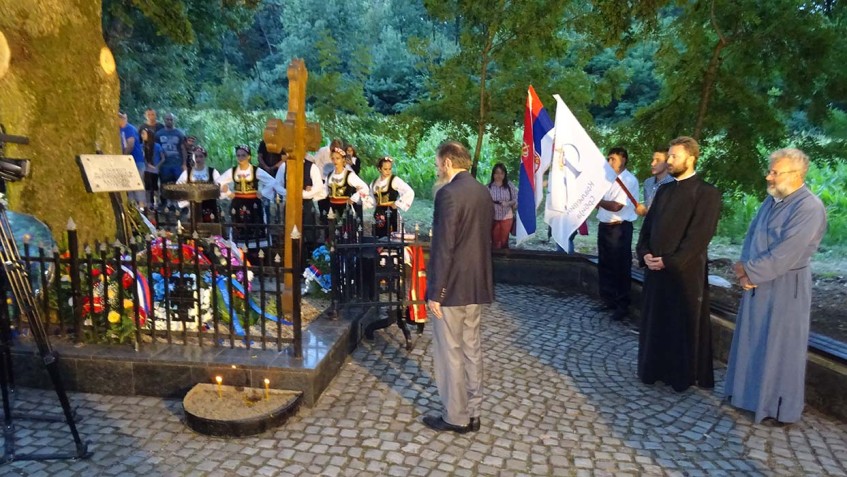 Members of the Kingdom of Serbia Association attended the manifestation “Days of the Vožd (Supreme leader Karadjordje)” that was held in Velika Plana on the occasion of the 200th anniversary of the murder of Supreme Leader Karadjordje on July 26, 2017.

Mr. Predrag Markovic, a member of the Crown Council, accompanied by members of the Association from Smederevska Palanka, Velika Plana, Raca Kragujevac, Topola, Lapovo, Smederevo, Pozarevac and Veliko Gradiste, laid a wreath at the site of the murder of Karadjordje in Radovanjski Lug.

Then they attended the play “The Review of Life and the Work of Black Djordje – Karadjorjde”, which was performed on the summer stage in Radovanjski Lug. Before the start of the drama, Mr. Markovic addressed the present people.