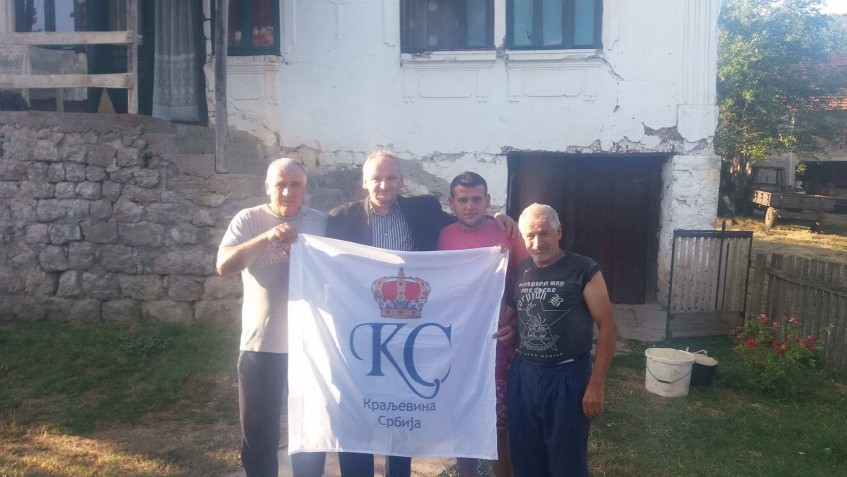 Kingdom of Serbia Association’s Trustee in Gornji Krupac (near Aleksinac) was founded on July 28th, 2017.

The president of the Committeee is Mr. Dragi Petrović and Secretary Mr. Aleksandar Petrović.

All people who are interested in joining Kingdom of Serbia Association on the territory of  Gornji Krupac can contact Mr. Dragi Petrović on phone 069 38 03 286 or Mr. Aleksandar Petrović on number 064 5774 552.

The founding was also attended by gentlemen: Dragan Pavlovic, Aleksinac Municipal Board President, Ivan Mladenovic, member from Boboviste, Zarko Vojinovic, President of Gornji Krupac, Vukoman Petrovic and Stojanovic Dragan, both from Gornji Krupac. It is interesting that there are descendants of Radomir Petrović Kent, a famous officer of the Yugoslav Army in the Fatherland from Aleksinacki region

The village is known for crimes of the OZNa – innocent civilians who were politically unsuitable were questioned there, and then brutally murdered. About 350 names of murdered are known, and a mass grave is located near the village.

We wish a lot of success in work to our newfound trustee, till the reach of our goal – restoration of the Kingdom of Serbia!