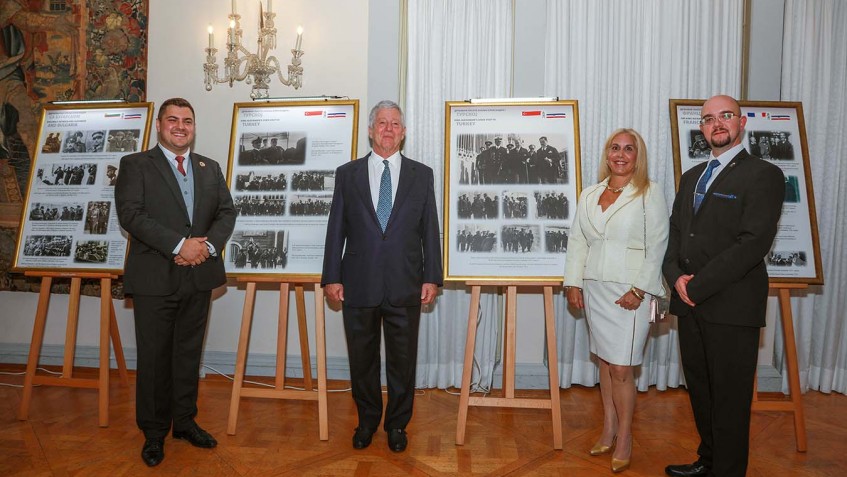 HRH Crown Prince Alexander and the daughter of the Royal Couple, Ms. Alison Amdrews, opened the exhibition “Diplomacy of the Unifier – HM King Alexander I”at the White Palace on October 2nd, 2019. The authors of the exhibition are Mr. Andrija Sosic, Vice President of the Kingdom of Serbia Association and Mr. Uros Parezanovic, General Secretary of the Association.

Members of the Kingdom of Serbia Association from the Rasina District presented a gift to our patron, HRH Crown Prince Alexander – a photograph of a unique fresco from a church in Stalac that presents the King Unifier as a martyr, with Karadjordje, King Peter the First, King Peter the Second and Queen Maria.

This landmark exhibition reveals many details from the life of King Alexander I that have been little known to the general public until now. In addition to the rarely seen photographs of Knightly King, taken between 1890 and 1934, the visitors have the opportunity to see the Romanian Marshal’s baton that belonged to him as well as his personal glasses. The visitors will also see a page from the American writer Helen Keller’s diary written during her visit to our country, in which she recognized the King’s contribution to the blind and deaf people in the Kingdom of Yugoslavia. The old movies from the fund  of the Archive of the Yugoslav Movie Museum were also played at the exhibition.

In his address, HRH Crown Prince Alexander said: “My grandfather was a great visionary, an entrepreneur and a ruler who invested his whole soul and his life into the foundations of his country and the well-being of his people. Although remembered primarily as a great warrior and military leader, his life mission was to ensure lasting peace, stability and prosperity, both for the kingdom of Yugoslavia, and Europe and the whole world. The Little Entente and the Balkan Pact was an idea he worked hard on and just one of his many achievements. It is very important that we cherish the memory of great men like the king the unifier and their aspirations to create a better world!” 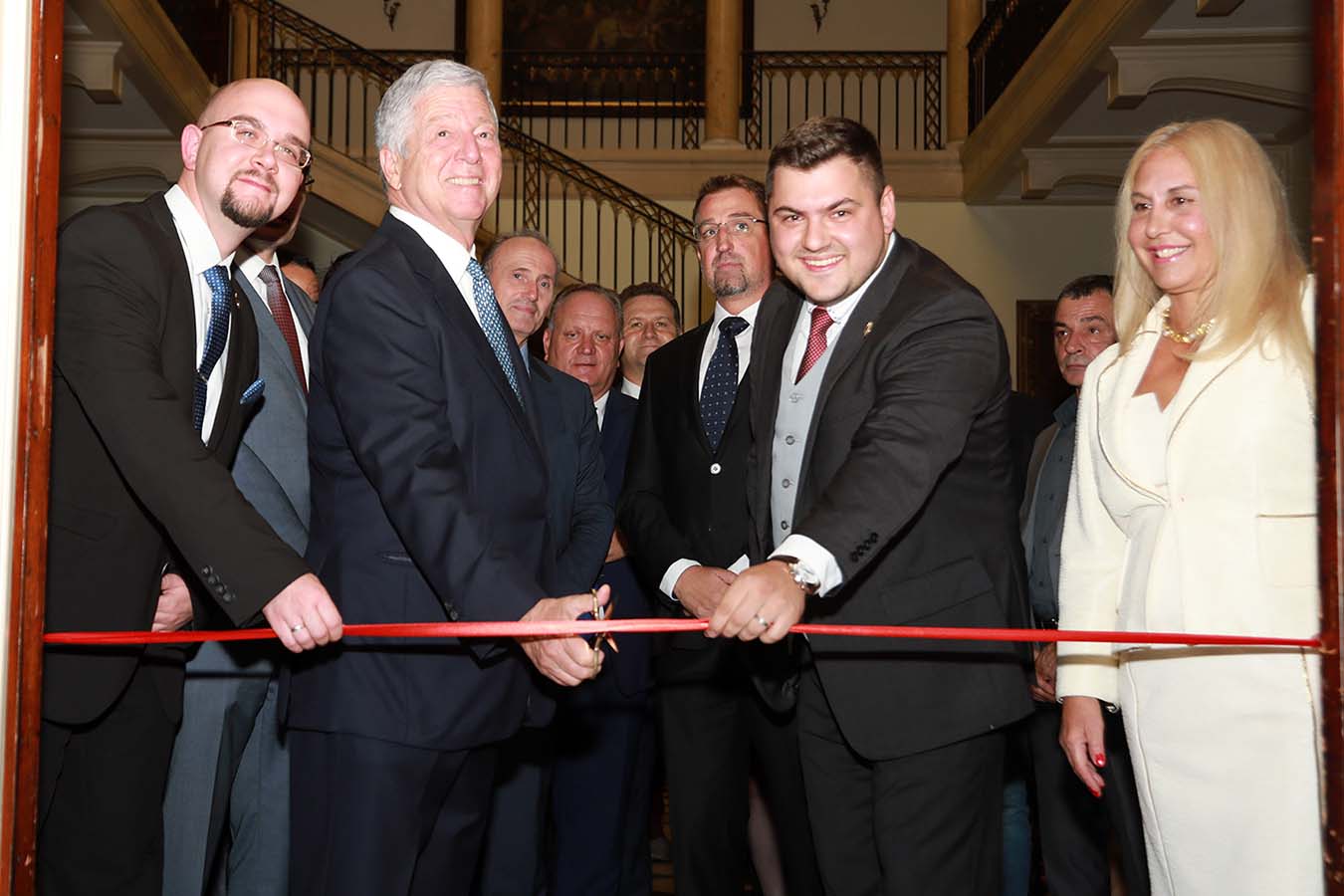 During the opening ceremony, the exhibition authors emphasized: „What we have discovered through our research is that the HM King Alexander I built the Royal Palace as his family’s personal home, and that the construction of the New Palace in the center of Belgrade, was started by his father, King Peter I, completed in 1922, HM King Alexander used as an official residence. His aspirations for strengthening world peace and resisting extreme ideologies are the basic foundations upon which are based the achievements of today’s modern Europe and the world. The greatness of his diplomatic mission is particularly reflected in the fact that he has managed to do what no one else had before – to reconcile irreconcilable and to offer a hand of friendship to those who were traditionally considered to be enemies. During the time of one human life, that was ended far too early, he achieved what could not be done for centuries. Not only his meeting, but his friendship with Turkish President Kemal Ataturk are the best example of this, which is still mentioned today”.

The opening of the exhibition was attended by Their Royal Highnesses’ guests – the authors of the exhibition, members of the advisory bodies of the Crown, representatives of the diplomatic core, as well as by many guests from the cultural and artistic world of Serbia.

Exhibition “Diplomacy of the Unifier – HM King Alexander I”at the White Palace will be open to visitors on weekdays until October 17, with tours from 11 am and 2 pm, with prior announcement to the Office of His Royal Highness Crown Prince Alexander at 011/306-4000 or via e-mail kancelarija@dvor.rs. 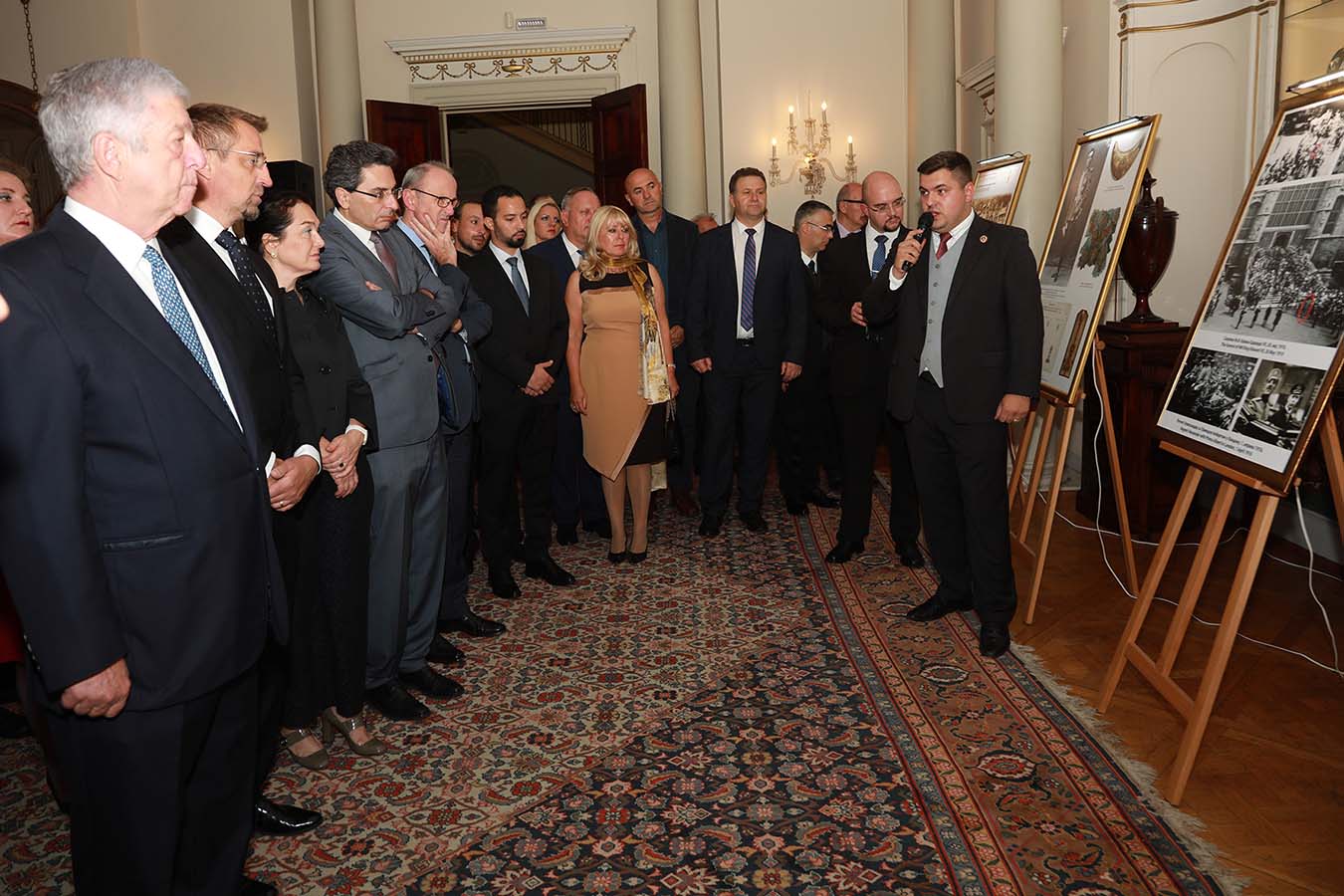