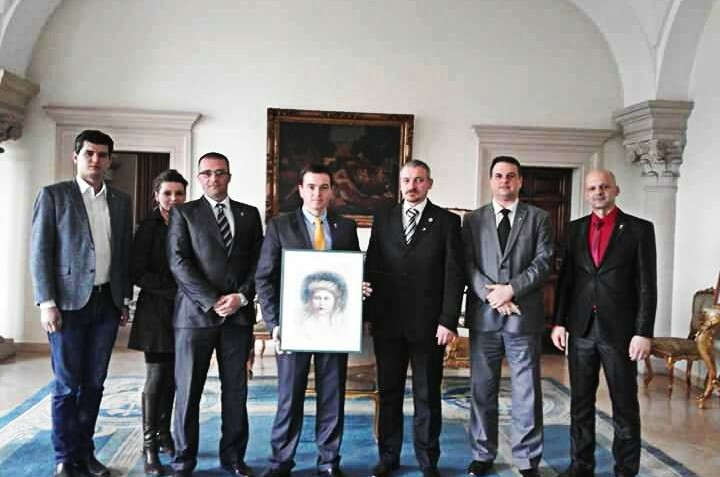 President of the Kingdom of Serbia Association, Mr. Mario Majstorovic, had the honor to host Mr. Catalin Serban from our friendly ANRM Association, which works on the restoration of monarchy in Romania.

Mr. Serban and Mr. Majstorovic visited Oplenac and the grave of Romanian Princess and Serbian Queen Mother Maria, and they talked about future plans and cooperation.

They agreed that our two Associations together organize humanitarian football match in Timisoara between KS and ANRM teams, under the patronage of Royal families, and in honor of the 95th anniversary of the Royal wedding between King Alexander I and Queen Maria and the first international football match that Kingdom Romania played then against the national team of the Kingdom of Serbs, Croats and Slovenians.

Kingdom of Serbia Association was on this occasion presented with a valuable gift, a portrait of the Queen Maria, which now decorates our premises in Belgrade.