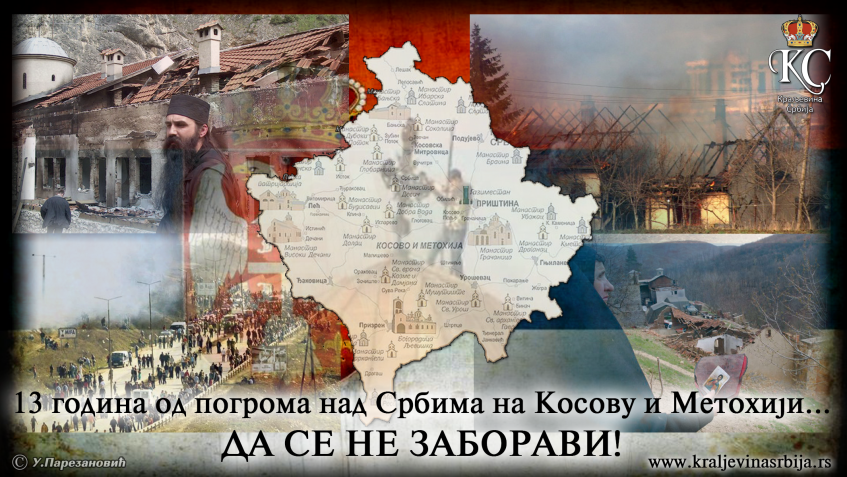 A horrible pogrom against the Serbian people in Kosovo and Metohija occurred on this day 13 years ago, March 17th, 2004.