Prosperity Index – 8 of the top 10 countries are monarchies!

Home / News / Prosperity Index – 8 of the top 10 countries are monarchies! 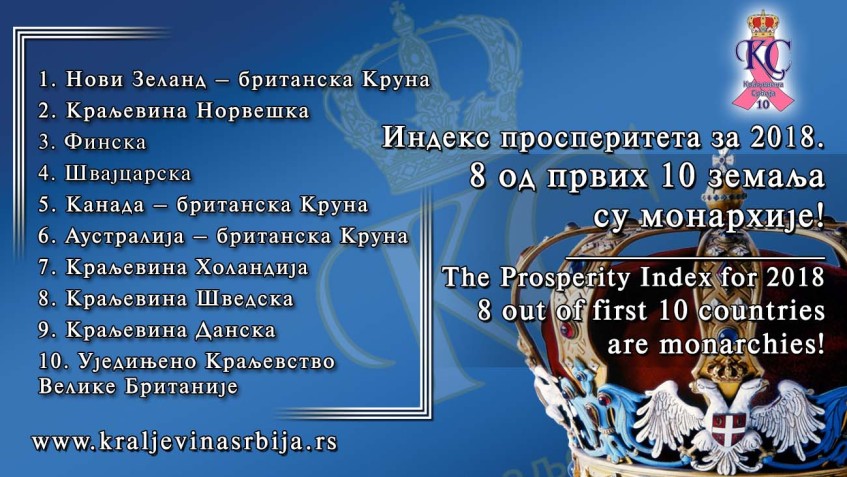 The Legatum Institute published this year’s Prosperity Index, which provides an insight into the formation and change of world prosperity, highlighting the 25 richest, healthiest and happiest countries. According to this survey, 8 of the first 10 countries are constitutional parliamentary monarchies!

This great global research has shown that global prosperity is generally rising, and the countries where welfare is most felt are:

12. The Grand Duchy of Luxembourg

7. The Kingdom of the Netherlands

6. Australia – under the administration of the British Crown

5. Canada – administered by the British Crown

2. The Kingdom of Norway

1. New Zealand – under the administration of the British Crown