Reception at the embassy of the Kingdom of Sweden

Home / News / Reception at the embassy of the Kingdom of Sweden 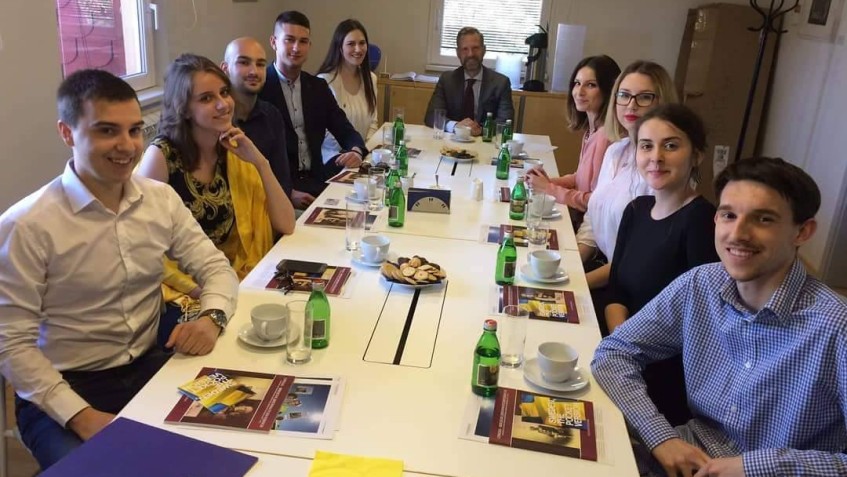 Our delegation was received by the Deputy of the ambassador of the Kingdom of Sweden, Mr. Joachim Waern and the associate of the political department of the Embassy,​ Mr. Bojan Cvilak. We presented the goals of the Kingdom of Serbia Association to the representatives of the Swedish Embassy ​​ and introduced them to the activities of the Royal Family in which our members took part.

They were particularly interested in how young people in Serbia see their country and what are our attitudes and opinions about the society and the country we live in. They commended the numerous actions that we organized in cooperation with the Royal Family, in which they also played a significant role.

His Excellency, Mr. Vaern, spoke about the position of the Kingdom of Sweden among the other kingdoms of Europe and the Member States of the European Union. He also introduced us to the history of this country and the way the state and society have changed over the last decades, stating that Sweden can thank in its success also to all those people from Serbia who have integrated themselves into Swedish society and helped develop the country.

He spoke how the monarchy contributes to the development of a country like Sweden, about their relationship with the neighboring kingdoms and other countries of Europe.

He particularly expressed his satisfaction that he is working in Serbia, saying that we as a people are very warm and hospitable and that we know how to enjoy life, but also that we must learn to appreciate all the beauties that our country has to offer.

He wished much success in further work to the Kingdom of Serbia Association and the Royal family, with the hope that in the future we will realize a large number of joint projects.