Down the Thessaloniki warriors’ path 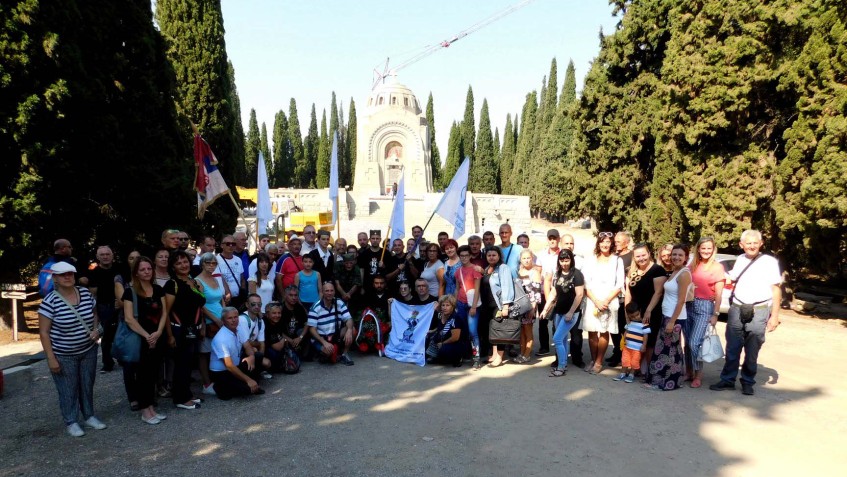 Kingdom of Serbia Association’s City committee in Krusevac organized the most important and the most demanding activity this year, on September the 15th and 16th. It was a trip named “Down the Thessaloniki warriors’ path”, to commemorate the 100th  anniversary from the breakthrough of the Thessaloniki battle front. We visited historically most important places from that period: Bitola, Kaimaktsalan and Thessaloniki.

More than 80 passengers, both the members of the Association and the friends, started off from Krusevac on September the 14th, together with the local television crew.

First destination was Bitola, the first freed city in the Kingdom of Serbia from that time, after the Albanian Golgotha. Upon arrival to Bitola we headed for the Serbian millitary cemetery where more than 1300 soldiers who gave their lives during the Kaimaktsalan battle were buried. Our delegation left the flowers at the monument there to salute the past warriors. The local television crew RTK reported live from another country first time ever. The vice president of our Association Committee, Mr. Milan Milosevic, was interview by the journalist Ms. Ljiljana Pantelic.

Having visited Bitola, we headed for Kaimaktsalan. We passed the Gornicevo (Kelli) village on the road to the most famous mountain Nidza peak, where the great battle between the Serbian and Bulgarian warriors took place in September 1916. Unfortunately, one of our buses broke down on the road but we were lucky to have our passengers’ and Dojcinovic travel drivers’ understanding and support. They didn’t jeopardise the safety of the passengers. We are thankful to the drivers Mr. Ljubisa, Nenad and Dejan! This unfortunate event slowed down the plan, so we arrived to the mountain late and headed for the peak in the late afternoon hours. The local police warned us not to climb because the mountain is dangerous and the night was approaching. We would like to thank the Greek police whose members stayed with our passengers until the last member of our group safely returned from the peak. We thank our passengers as well because they waited for those who climbed the mountain patiently. We are sorry for any inconvenience that our climbing had caused.

We reached the Prophet Elijah’s peak on 2521 m and visited the church dedicated to our saint warriors where we left the flowers near the great Serbian friend, doctor Archibald Rays’ grave. This was an example of a steel will of our members to climb the mountain and worship our bravest warriors in the Serbian history. We are all proud of this day, the most important for many of us. All the difficulties we had during the trip to the peak helped us realize what our warriors had gone through during the war.

Having left the mountain we went to Paralia Katerini to spend a night there. 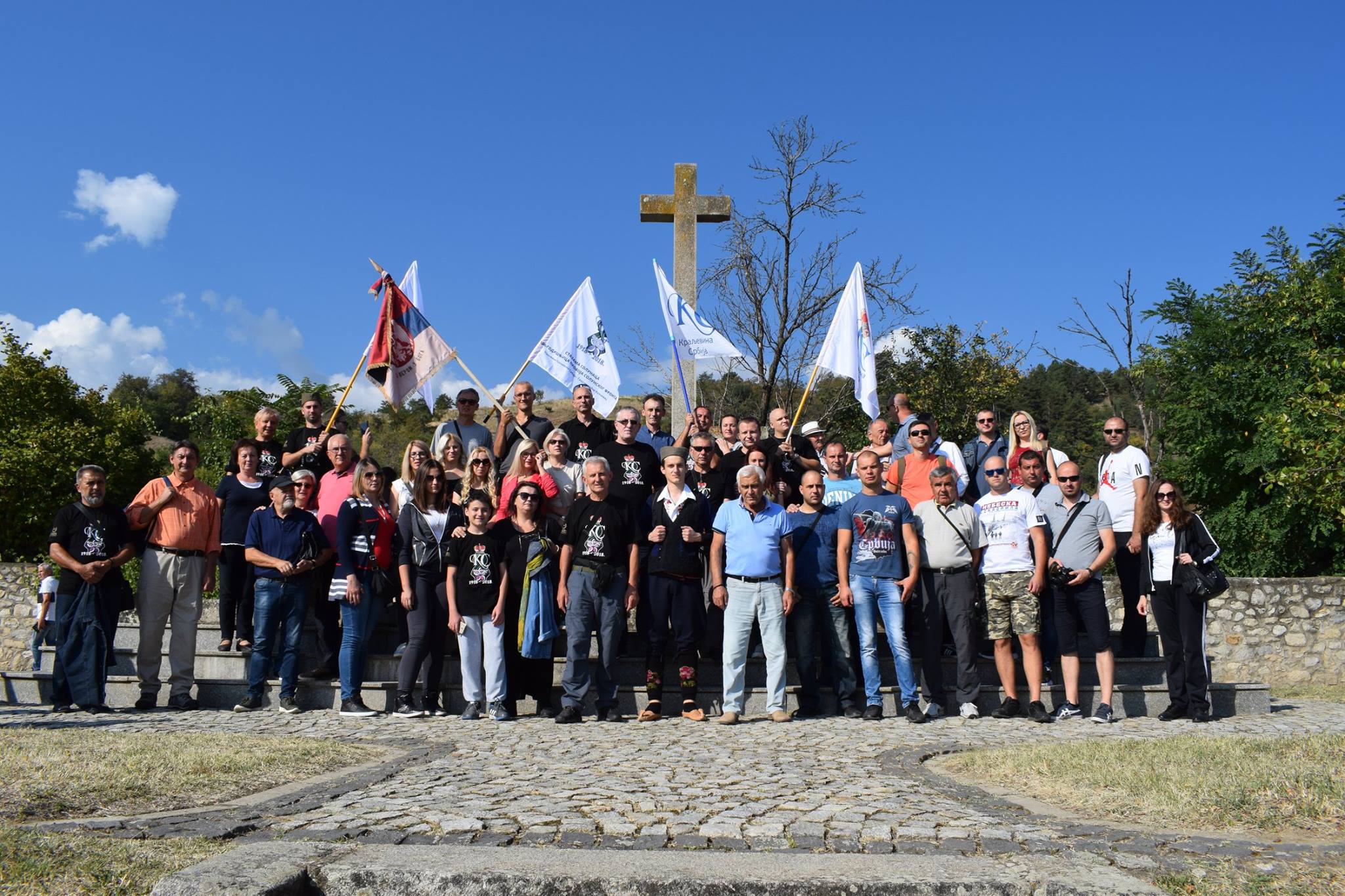 In the Sunday morning we headed for Thessaloniki where we visited Zeitenlik millitary cemetery. The famous guardian of the cemetery, Mr. Djordje Mihailovic, waited for us there and told us the story of this battle and the cemetery. His family is dedicated to guarding the cemetery and preserving the knowledge of our history for decades.

We would like to thank Ms. Ivana Stanojevic as well, the Serbian married to a Greek and living in Thessaloniki. She greeted us with the traditional bread and salt and we felt like home! The RTK crew reported live again. The coordinator for Rasina County, Mr. Dejan Bogdanovic, the vice president, Mr. Milan Milosevic and Ms. Ivana Stanojevic talked to the reporters.

We are thankful to Mr. Dragisa Ilic for the visual support, who showed remarkable professionalism during the entire trip. We left the flowers under the monument where the famous Serbian poet Vojislav Ilic Junior’s verses are engraved. We also left the specially designed flag for this purpose there.

During the entire trip the members of the Association were wearing the specially designed T-shirts with the Association’s logo designed by the president of the executive board, Mr Uros Parezanovic for this trip. We thank him for the support and understanding.

After this visit we went to Thessaloniki where the RTK crew reported live again, this time from Saint Demetrius’ church, the protector of Thessaloniki.

We would like to mention the Belgrade University professor, Ms. Ema Petrovic, with whom we have agreed on some future mutual activities and cooperation.

We arrived to Krusevac in Sunday morning proud and full of impressions, inspired by the writing on the flag of the 12th infantry division of Tzar Lazar where it says “For King and Fatherland”!