Visit to the Embassy of the Kingdom of Denmark

Home / News / Visit to the Embassy of the Kingdom of Denmark 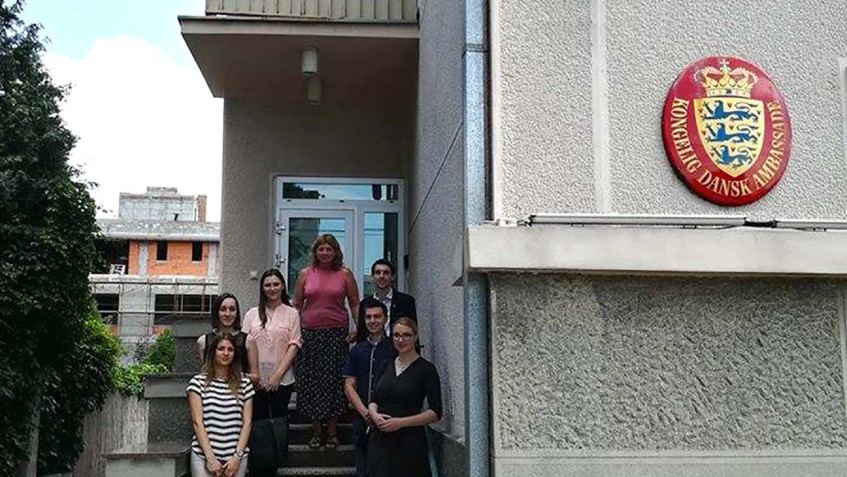 Our delegation was greeted by the Senior Adviser to the Ambassador of the Kingdom of Denmark, Ms. Marien Gade Topak and the student assistant at the Embassy, ​​Ms. Neda Dacic. With representatives of the Danish Embassy, we talked about the origin, work and goals of the Kingdom of Serbia Association and introduced them with the activities of the Royal Family in which our members took part.

Ms. Gade Topak spoke about the position of the Kingdom of Denmark among the other kingdoms of Europe and the member states of the European Union, as well as the similarities and differences of the Kingdom of Denmark and other kingdoms of Europe. She also introduced us to the history of this country and the Royal family and the way in which the state and society have changed over the last decades, stating that Denmark can thank in their success both by believing each other and by solidarity with one another, which gives a very good example of how a society can progress. She explained to what extent and how the monarchy contributes to the development of a state such as Denmark, about their relationship with neighboring kingdoms and other European countries.

She also added that she is very satisfied and grateful, having the opportunity to stay in Serbia, where the days are sunny and last longer than in Denmark, although it is one of the countries where people are happiest.

She wished much success in further work to the Kingdom of Serbia Association and the Royal Family, with the hope that in the future we will realize a large number of joint projects.