UPCOMING EVENT – The lecture “In the name of the people! Repression in Serbia 1944 – 1953”, Smederevska Palanka

Home / Upcoming events / UPCOMING EVENT – The lecture “In the name of the people! Repression in Serbia 1944 – 1953”, Smederevska Palanka

Kingdom of Serbia Association’s Municipal Committee Smederevska Palanka invites you to the lecture “In the name of the people!”, dedicated to the political repression that the communist regime implemented in Serbia in the period from 1944 until 1953, and the promotion of the book “Between the hammer and sickle ( ser. Izmedju srpa i cekica)” by Mr. Srdjan Cvetkovic, Ph.D historian, author of the project.

The lecture will be held on Friday, May 13th 2016 at the Public museum Smederevska Palanka, beginning at 19 o’clock. Welcome!

– Dr. Srdjan Cvetkovic, historian, author of the project and books

The program is hosted by Ms. Zorica Marinkovic.

The project “In the name of the people!” is dedicated to the victims of the communist regime in Serbia immediately after the Second World War and speaks about the subjects that were taboo for years: the liquidation of enemies of the people, political trials, Goli Otok and the other concentration camps, persecution of the “kulaks” at the time of forced collectivization.

More about the project: https://newsite.uimenaroda.net/cr/ 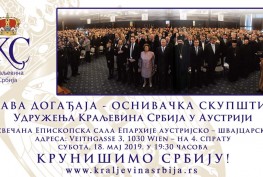 ANNOUNCEMENT – Constituent Assembly of the Kingdom of Serbia Association Austria 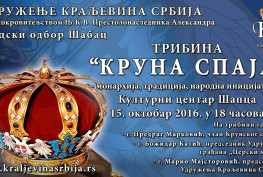 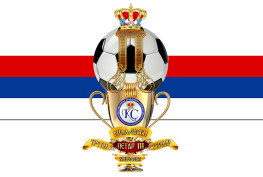