115th Anniversary of the Coronation of King Peter I

Home / News / 115th Anniversary of the Coronation of King Peter I 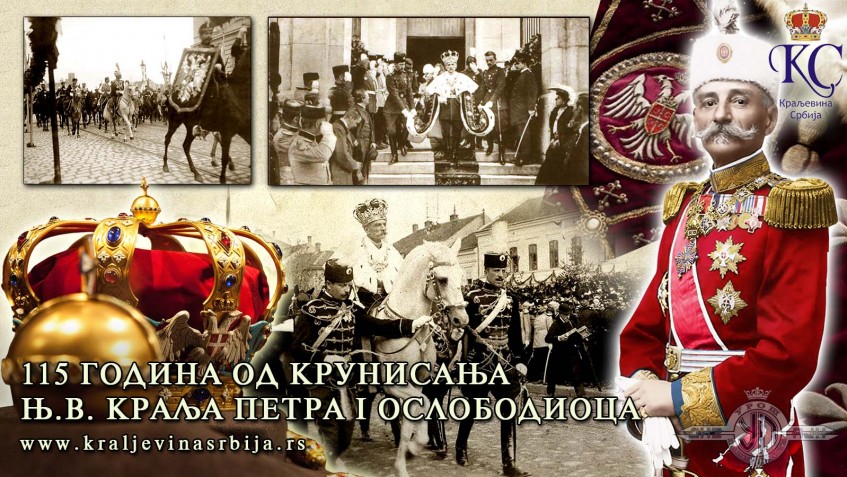 On this day 115 years ago, September 21st, 1904, the coronation of His Majesty King Peter I the Liberator, one of our most beloved rulers, was performed at the Cathedral in Belgrade.

The crown of King Peter I Karadjordjevic used on this occasion was cast in bronze from the handle of Karadjordje’s cannon seized from the Turks in the First Serbian Uprising. In addition to bronze, the crown has gold plate, enamel and synthetic gemstones. This form of making the most important symbol of royal authority, unique in the world, was made at the express request of His Majesty, who was known as a very modest man who did not want to spend large amount of money on his coronation, and because of the symbolism carried by the cannon, by which the grandfather of King Peter the First – Supreme Leader Karadjordje, won the freedom of the Serbian people and struck the foundations of the modern Serbian state.

Anointment of HM King Peter I was performed on October 9, 1904 in Zica Monastery.

This movie is today the oldest preserved film in the Balkans 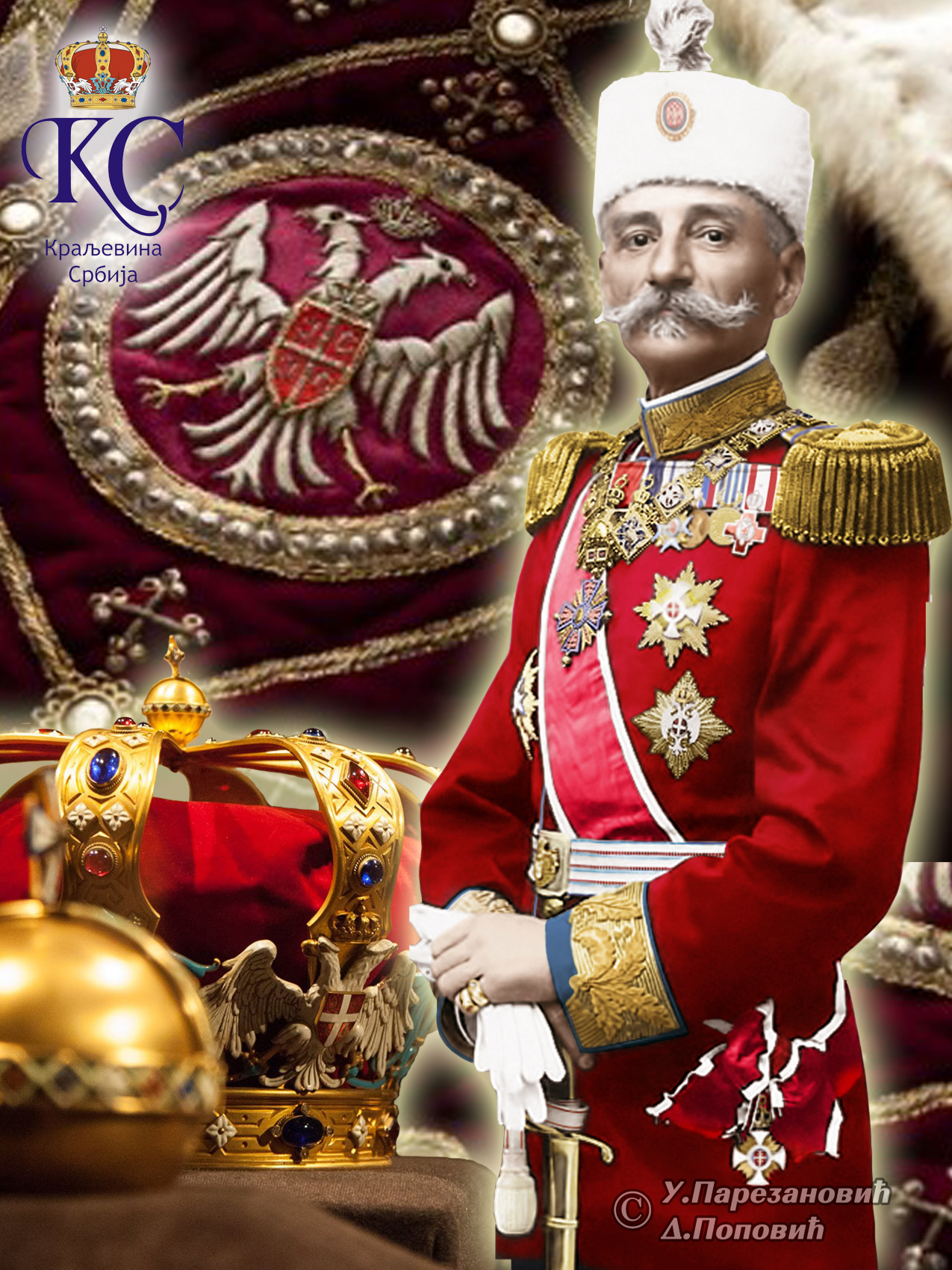 BIOGRAPHY of HM King Peter I

While he was in Paris he showed interest in photography and painting, and kept improving his military and political education. That broadened his views on liberalism, parliamentarianism, democracy and its institutions. In the beginning of 1868, when he was only 24 Prince Peter printed his translation of John Stuart Mill’s essay “On Liberty”, with his preface, which later became his political program.

During 1897 Prince Peter left for Russia and was received by Tsar Nikola II. Three years later, he tried to reach an agreement with Serbia’s King Aleksandar Obrenovic regarding the recognition of the title Prince and the return of Karadjordjevic family confiscated property, but without success. Prince Peter reinforced his political activity for his return to Serbia. In 1901, he intensified his efforts to get closer to Austro-Hungary, offering his political programme.
On 28 May 1903, a group of Serbian army officers assassinated King Alexander and Queen Draga Obrenovic. The Serbian army organized a Coup d’Etat and proclaimed Prince Peter Karadjordjevic, then living in Switzerland, as the new King of Serbia. The National Parliament confirmed this on 15 June 1903. After 45 years the Karadjordjevic family regained the leadership of the Serbian state, starting a new era in its development. “I want to be a true constitutional King of Serbia” – said King Peter I in his declaration on the day of taking his oath.