Anniversary of the fulfillment of the legacy

Home / News / Anniversary of the fulfillment of the legacy 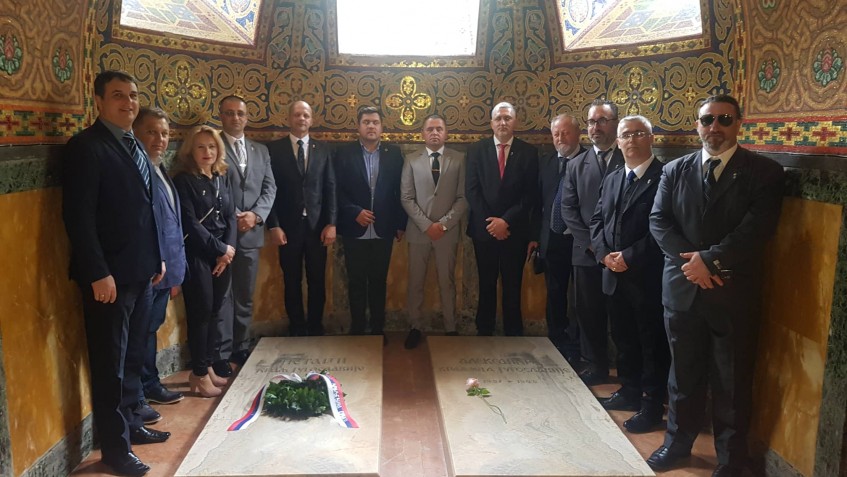 Members of the Managing and Executive Board of the Kingdom of Serbia Association marked the sixth anniversary of the State Funeral of the members of the Royal Family Karadjordjevic on the 26th of May, 2019 in Oplenac, the day of fulfillment of the decennial legacy!

The delegation led by the Vice-Presidents of the Managing Board, Mr. Saša Šušić and Mr. Andrić Šošić and the President of the Executive Board, Mr. Predrag Medenic, laid the wreaths and remembered the historic day in which the Association played a big role.

On May 26, 2013, the remains of HM King Peter II, HM Queen Maria, HM Queen Alexandra and HRH Prince Andrej were buried in the family mausoleum of the Royal Family in the crypt of St. George’s Church in Oplenac.

On that day the decennial injustice that was inflicted on our Royal Home was finally corrected. Since then our King Peter II, his mother, his wife and brother peacefully rest in their land, for which they have mourned till the end of their lives!