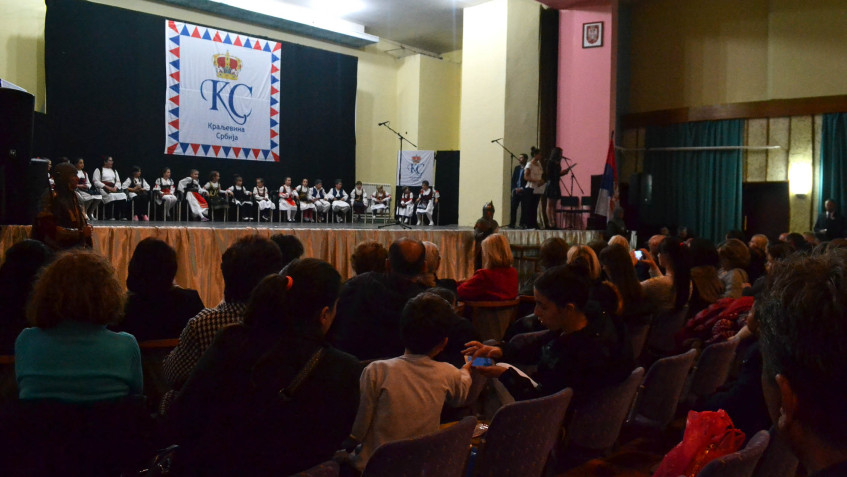 The manifestation had the blessing of His Grace Bishop of Zica Mr. Justin, as it had in previous years.

Children who participated in the event were given presents that were presented by Mr. Mario Majstorovic, President of the Association. The gifts were provided by the Foundation of HRH Crown Princess Katherine.

In addition to humanitarian work, the guests enjoyed a rich cultural and artistic program, which began with anthem “God of Justice” in the performance of the city choir “Crvčanin” and composition “Blagodarni Susce” by Milivoje Crvčanin.

Mr. Mario Majstorovic read a welcome letter from our patron, HRH Crown Prince Alexander, which was followed by performances by ethnic group of the Music school, children from the primary school “Čibukovački partisans” and children from KUD “Magnohrom”.