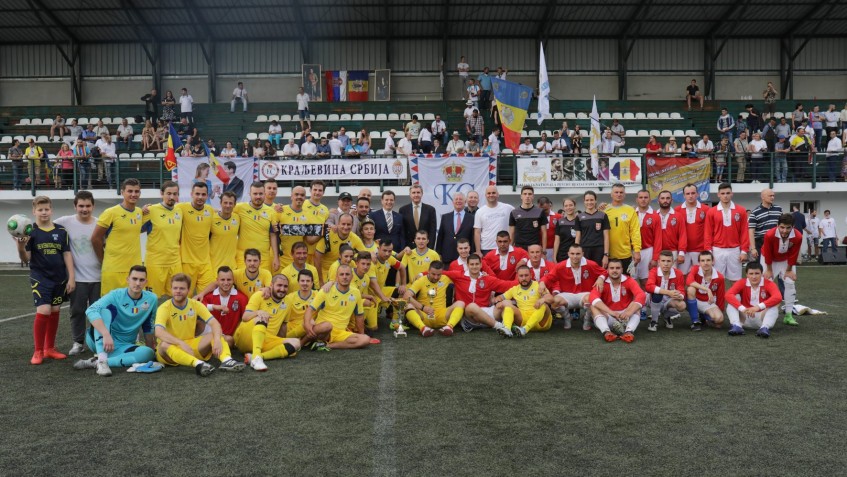 On June 9, 2018, a humanitarian football game for the University Children Clinic “Tirsova” was played between the teams of the Kingdom of Serbia and the Kingdom of Romania at the BASK stadium in Belgrade. The visiting team won 3: 0 and won the Cup of Friendship! Congratulations to the winning team!

After the speech and the performance of the anthems, in the interpretation of the vocal soloist Mirjana Aleksić, Their Royal Highnesses Crown Prince Alexander and Prince Radu from Romania performed the initial kick to start the match.

Zoran Kesic, TV host, Milan Bogojevic, writer, Darko Zlojutro, journalist and editor of the daily newspaper “Alo”, played for the Kingdom of Serbia, while the captain was Ljubinko Drulovic, the legend of our football.

Dragoslav Sekularac, the head of our team’s staff, for health reasons, unfortunately could not attend the match. 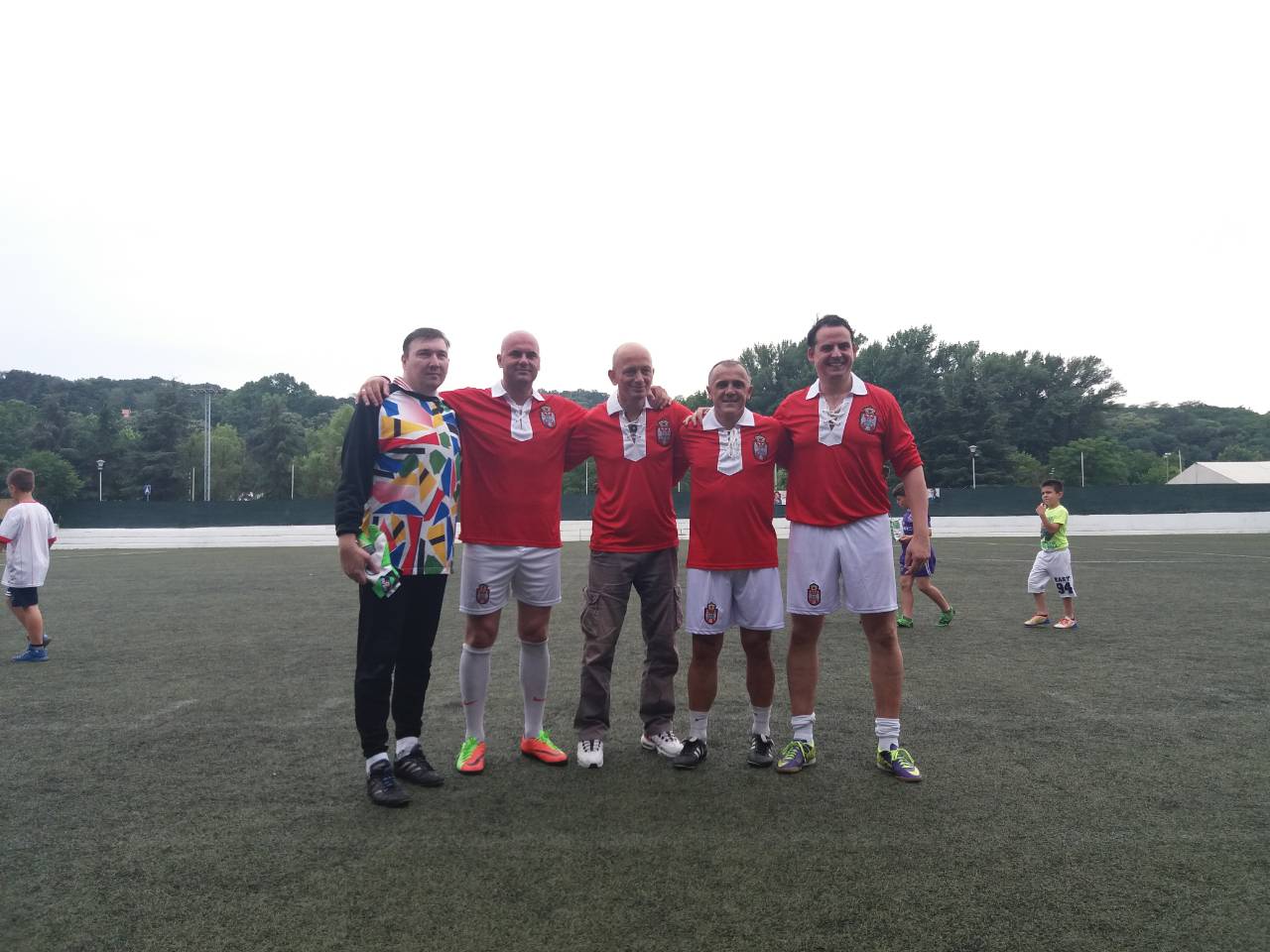 Ilija Petkovic, representative of the Football Association of Serbia, presented a gift – Serbian national team jersey to Crown Prince Alexander and Prince Radu, and they also received FK Partizan jerseys, handed over to them by representatives of this club’s management.

Representatives of FK “Red Star”, who welcomed the Romanian team earlier the same day in the club’s museum, as well as the Ambassador of Romania, the Secretary of the Embassy of Australia and Their Royal Highnesses Prince Michael and Princess Ljubica Karadjordjevic, were also present.

We are especially fortunate that the game was attended by the descendants of the legends of our football from the time of the Kingdom and World cup in Montevideo – Mikica Arsenijevic “Balerina” and Moše Marjanović, Ms. Ružica Arsenijević and Zoran Marjanović.

In the half after the performance of “Ju – lira” dance ensemble from Batajnica, the winner of the lottery was drawn, who received a set of Serbian national team jersey. Mirjana Aleksic performed the song “Pukni zoro”.

After the completion of the match, HRH Crown Prince Alexander handed the trophy to the winner of the match, and HRH Prince Radu to the defeated team. 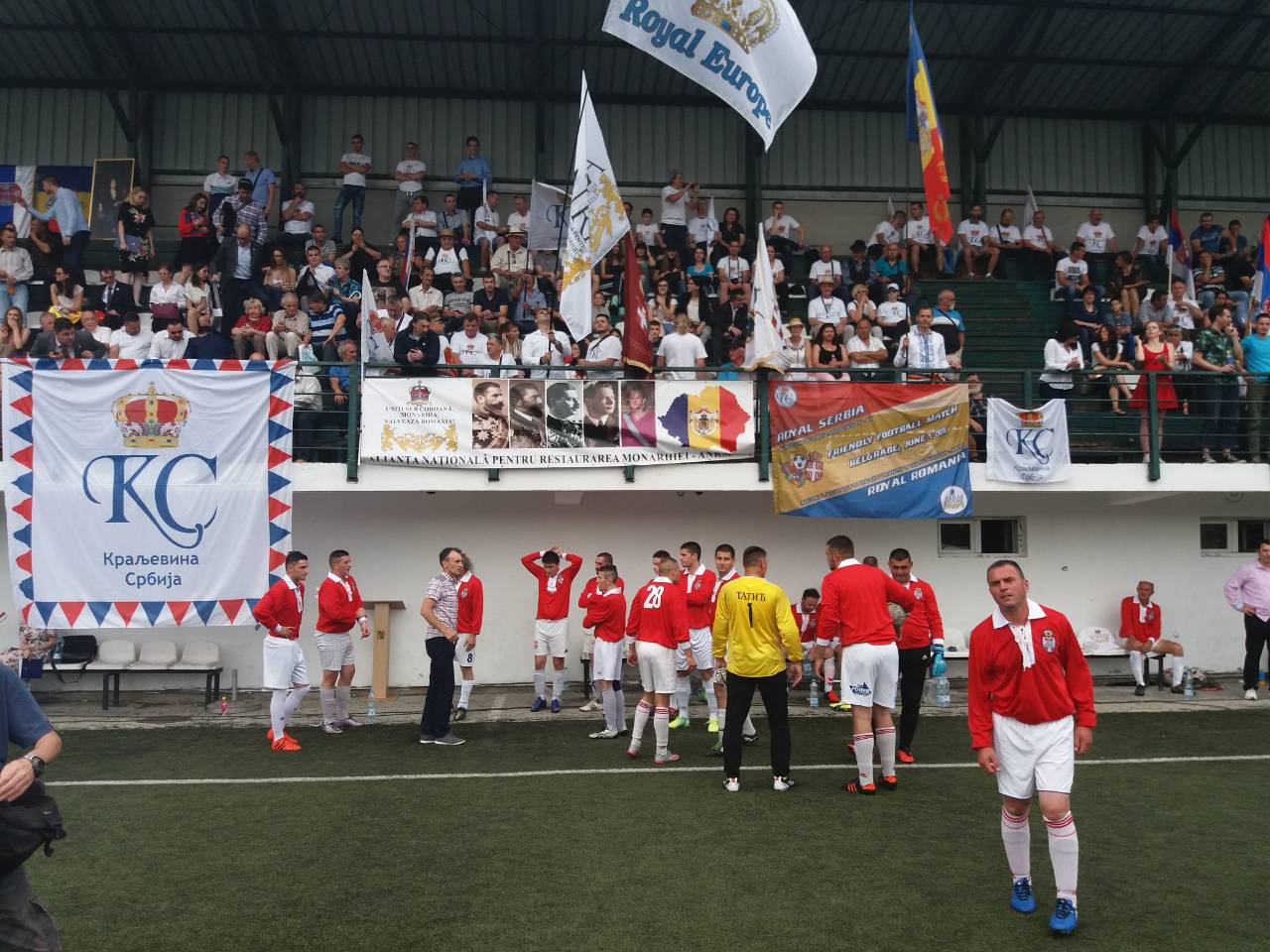 The reason for playing this game is 96 years since the wedding of HM King Alexander the First and HM Queen Mary and the first international football game played by the national team of Romania in Belgrade with the representation of the Kingdom of SHS.