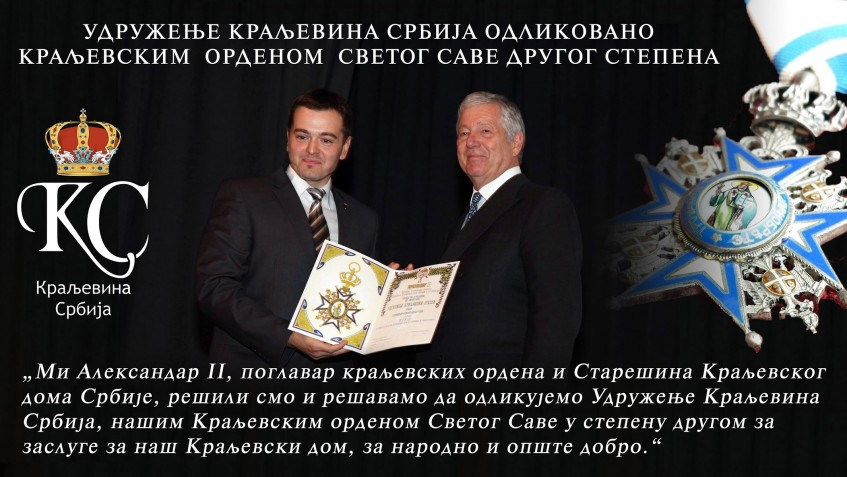 HRH Crown Prince Alexander awarded the Kingdom of Serbia Association with the Saint Sava Royal Order of Second Degree for our services to the Royal House, for national and general merits!

Crown Prince gave His Decree of the awarded Saint Sava medal to the President of the Association, Mr. Mario Majstorovic on the First congress of the Kingdom of Serbia, March 27th, 2016. (About the congress read more on the LINK)

The Royal order of the Saint Sava was established in 1883, and it was awarded to Nikola Tesla, Milutin Milankovic, Petar Bojovic, Radomir Putnik, Stepa Stepanovic, Dragoljub Mihailovic etc.