Kingdom of Serbia Association’s City Committee Belgrade and the First Belgrade high school organized marking of the 100th anniversary of the Belgrade defense battle in the First World War on October 6th 2015 at the monument to the Defenders of Belgrade, Danube Quay in Dorcol.

The ceremony was attended by HRH Crown Prince Alexander, the grandson of the Supreme Commander of the Serbian army in the Great War, accompanied by the members of the Crown Council, Professor Dragoljub Kavran, Mr. Vladan Zivulovic, Mr. Miki Savicevic and Mr. Darko Spasic, as well as by the author of the monument Mr. Nikola Kolja Milunovic. The special honor was made to us by the Embassy of the Russian Federation, which sent its envoy.

Ceremony began with the national anthem of Serbia, performed by choir “King Peter the First” and the First Belgrade high school’s choir.

Then His Royal Highness Crown Prince Alexander laid a laurel wreath at the monument to the heroes who gave their lives in 1915 in the defense of Belgrade. The wreaths were also laid by the representative of the Russian Embassy, the director of the First Belgrade high school, Mr. Alexander Andrejic and by the president of the Kingdom of Serbia Association, Mr. Mario Majstorovic.

After that, HRH Crown Prince Alexander addressed the audience:

“It is a great honor to address you today, a hundred years after the heroic defense of Belgrade in the Great War. At this place, our ancestors showed the whole world how to love and defend freedom. Our army and civilians stood up in defense of our capital and our country. The days between the fifth and tenth October 1915 were filled with examples of great heroism. Under the supreme command of my grandfather, King Alexander, our soldiers boldly rushed to certain death, not sparing their lives. One such charge was led by the famous major Gavrilovic whose words will always resound in our hearts and in our historical memory. Such examples of heroism show the path into the future. I am very glad that the students of the First Belgrade High School participated in marking the centenary of the defense of Belgrade in the Great War. With young generations who know and respect their history we will surely have a successful future. I am sure that the future generations will be proud of our ancestors, just as we are proud of them today” – emphasized Crown Prince Alexander.

The ceremony continued with a drama program performed by the students of the First Belgrade High School. The ceremonial part of the program was completed by performing a composition “This is Serbia”.

You can see the entire picture gallery on our Facebook page: https://goo.gl/pWcoK5 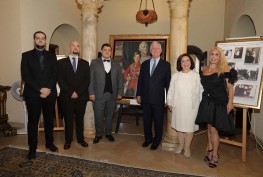 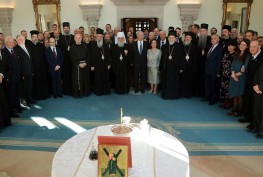 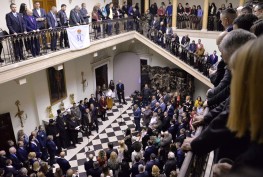 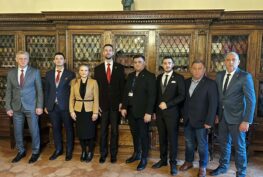