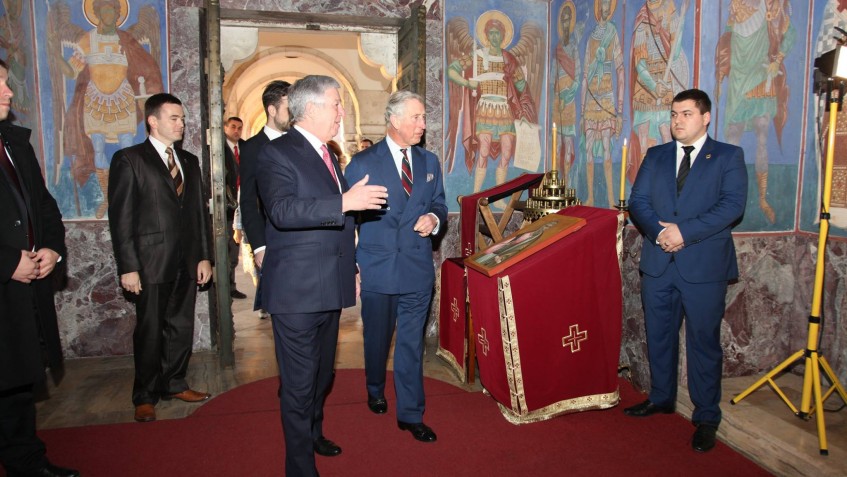 Members of the Kingdom of Serbia Association’s Management had the honour to be present when HRH Crown Prince Charles, heir to the throne of the United Kingdom, vissited Royal Complex on March 16th, 2016.

The Prince and the Royal Family met in the Blue Salon of the Royal Palace, after which Their Royal Highnesses continued their conversation in a family atmosphere. This meeting is very important for Crown Prince Alexander and the Prince of Wales, whose ancestors in the last century on several occasions visited the Royal Palace. The Crown Prince gave Prince Charles an icon of Saint George, the patron saint of England, and the best wines from the Royal Vineyards in Oplenac. Crown Princess Katherine prepared a handmade Serbian shawl and handbag for the Duchess of Cornwall.

The Prince of Wales took a short tour of the Royal and the White Palace, where he had the opportunity to see the exhibition “Two Royal Families – Historical Ties” about the relations between the British Royal Family and the Serbian Royal Family.