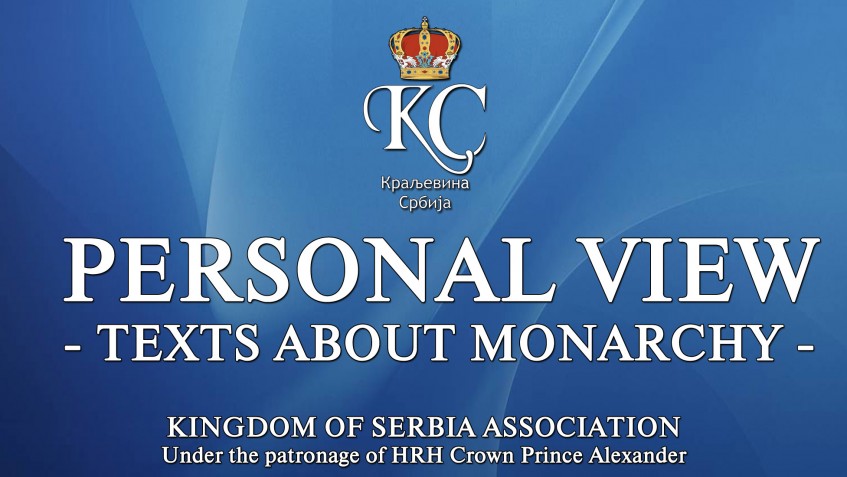 In our column “Personal view” read text “With the restoration of monarchy to greater level of democracy in Serbia”, written by Mr. Uroš Parezanović, general secretary of Kingdom of Serbia Association’s Executive board.

Most of us who are committed to the restoration of the monarchist polity in Serbia are well aware that it is not some kind of magic wand that would miraculously solve all problems that exist in our society and that it is impossible to expect that all our troubles would vanish over night and that we would live in ideal country, if we restore the constitutional parliamentary Kingdom of Serbia. We must be well aware of the fact that overnight, quick and perfect solutions do not exist, but the return of the monarchy would allow us to set up strong and stabile foundations for the healing of the entire state system and to establish a good basis for progress in many fields, and one of the results would certainly be greater level of democracy in Serbia.

What do I specifically mean by that? When we look at the history of our republican polity, primarily on the part since the restoration of multi-party system, since the communist dictatorship of Josip Broz had all the characteristics of a medieval absolute monarchy and that you cannot even speak about the existence of democracy in that period of our history, we come to one very shameful fact, and that is that before the elections, we actually do not know who is going to be the person who will actually be the main political figure in our country, and that is because there is a constant transfer of power from president to prime minister and vice versa in Serbia. The political power and personal charisma of the individual who takes the place of one of the two highest positions in the country (NOT the election results), determine which one of them two will have actual power to make decisions and to lead the country.

When we take a look at the specific examples from our history, we can see that after the restoration of multi-party system, the entire power was in the hands of Slobodan Milosevic, who was President of Serbia. When he became president of the Federal Republic of Yugoslavia, the main man in Serbia became Mirko Marjanovic, who was Prime minister, while President Milan Milutinovic had a secondary, role of protocol. This predominance of the Prime Minister continues also after the changes that occurred on October 5th, 2000, when major role in the country still was the Premier’s role – Zoran Djindjic, Zoran Zivkovic and Vojislav Kostunica at the end. In that time, because of several unsuccessful elections, we didn’t have President at all. After that, at the same time we had two strong figures in this two political functions – Kostunica was Prime minister, and Boris Tadic was President. In that time it was more than obvious that each of these two was strongly fighting to win all the power for himself. After the next elections, the bigger piece of political power went to the President’s side, while Mirko Cvetkovic as Premier was marginalized, while today the key role in the country is once again in the hands of Prime Minister, Aleksandar Vucic. I emphasize that the purpose of the examples I’ve made is not to favor any political option, but only for the purpose of presenting the real facts. That is because, while in Serbia that decisive amount of power that one person needs to be the main political figure in the state constantly switches side and goes from Premier to President and vice versa, we can see that in other countries it is quite different. For example, it is well known that the main political figure in Italy is Prime minister, in France – President, in Germany – Chancellor, and also that in United Kingdom, Spain, Norway and all other modern monarchies main figure is Premier. The question is what system of government really exists in the Republic of Serbia, is it presidential or prime ministerial, and is it possible to get the answer at all? Can we say, regarding this, that Serbia has characteristics of a serious country? Of course not!

We cannot expect that any political party will ever change anything, because it is not in their interest. A substantial change can not be reached by some superficial, cosmetic changes, but only with true and fundamental reforms of entire system, which is possible only by the restoration of Kingdom of Serbia. The transfer from republic to monarchy would allow us to correct all the imperfections that exist today in our parliamentary system.

That way we would have the King, who has his state functions, defined by the Constitution, and who represents the factor of stability, safety and continuity, and executive power would be in the hands of the Prime minister and the government. in that system, citizens would know who is really going to run the country after the elections, Government would be made by those who have won the majority of votes, and the King, who is not member of any political party and actually is above all parties, would help the politicians to overcome their conflicts and he would direct them to work together for the benefit of the state. While the MPs are above all servants of their political parties and they represent the views of just one part of the nation, King is monarch and representative of entire nation, he is the sovereign both for the right oriented and for the let oriented, for the conservatives and for the liberals, and that is how monarchy brings stability in one country.

And most importantly, it could not happen that the Prime Minister is member of one and president of another party, which automatically leads to the situation that while they compete to achieve dominance and each one pulls in opposite directions, the state deteriorates!

Although this may seem incredible and too good to be true, the historical facts are supporting it. And we shouldn’t use history just to celebrate glorious days of our past, but to remember our mistakes and learn not to do them again! In times of crisis it was the Crown who managed to reconcile and unify opposing parties. In troubled times after the assassination of King Alexander Obrenovic, when country was deeply shaken, all parties united and supported Prince Peter Karadjordjevic’s coming to the throne (even Socialist party gave its support, although it is republican). Also, on great Yugoslavian congress in the village Ba, on January 27th 1944, all the parties gave their support to HM King Peter II. The only two which didn’t were communistic party and the “Zbor”, party that was close to the Nazis. (The chairman of this congress was Zivko Topalovic, president of the Socialist party of Yugoslavia).

There are many people who believe that monarchy is something outdated and backward, but historical facts refute them. During the rule of HM King Peter I, Serbia was one of the countries with the highest level of democracy in the entire Europe, where the King was the person who was using his authority to care about the welfare of the entire nation, the government had substantial authority, and all civil liberties were at the highest possible level. Let us see one example, when King Peter was building church in Oplenac, the minister of finance said to the King that it is his private matter and that Serbia cannot finance the constructions. He also said that if the King needs money, he can go to the bank and get regular loan. And King Peter I actually did it! Today, something like that is impossible to happen. State like that can never be called outdated and backward, it can only be an ideal to which we should aspire to!

Author of the text – Uroš Parezanović, general secretary of Kingdom of Serbia Association’s Executive board and Head of the Executive board’s PR department 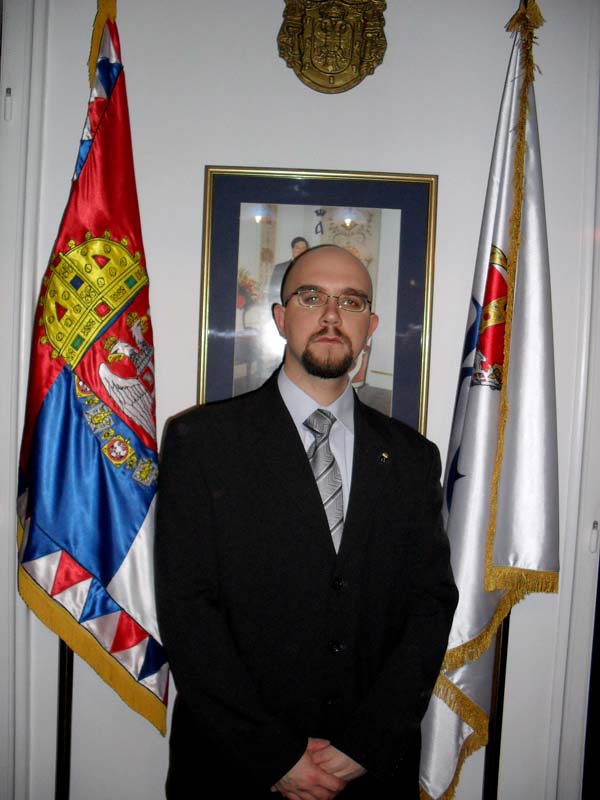