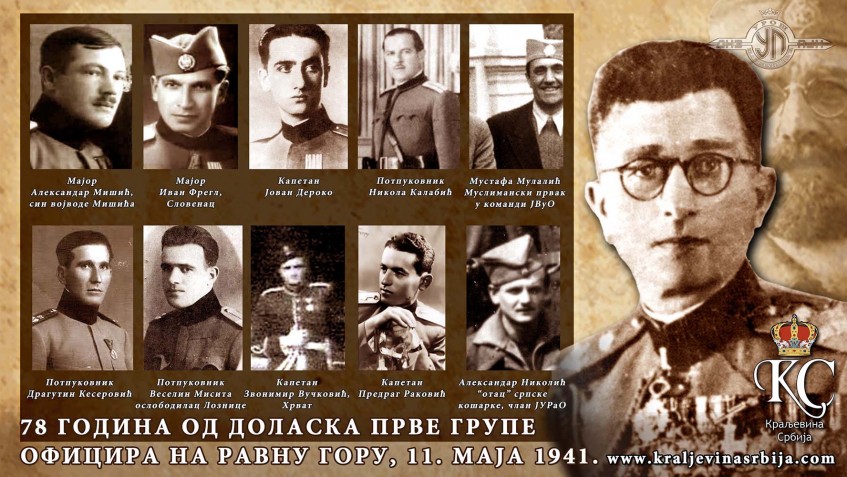 On this day 78 years ago, May 11th, 1941, the first group of officers loyal to their oath given to the King and the Fatherland, and firmly resolute to resist the German occupying forces, arrived on Ravna gora, led by Colonel Dragoljub Mihailovic. This was the beginning of the organized resistance against the Nazis in occupied Serbia in WW2.

On this occasion, we publish the cover picture, a collage with which we want to break up the prejudiced and lies and show who were the members of the Yugoslav Army in the Fatherland, members of all the nations of Yugoslavia, pre-war elite officers.